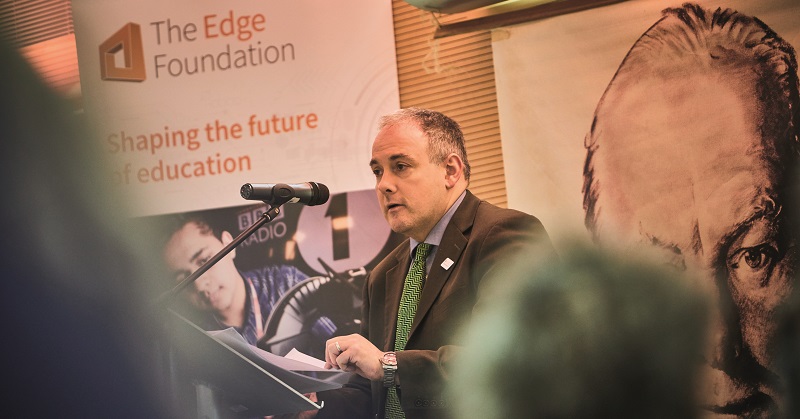 Calls to replace GCSEs and A-levels with a “holistic baccalaureate” have been branded a “non-starter” by an advocate of a similar model.

Tom Sherrington, a trustee of the National Baccalaureate Trust, warned that “headline-grabbing” comments made this week by parliamentary education committee chair Robert Halfon and a number of other high-profile leaders were “reckless”.

He added that any move to create a baccalaureate for English students must be based on the existing exam system.

During a speech on Monday, Mr Halfon (pictured), a former skills minister, said current exams for 16- and 18-year-olds should be replaced with one qualification that recognises academic and technical skills and personal development.

His comments were backed by Lord Baker, a former education secretary and the creator of GCSEs, and Carolyn Fairbairn, director-general of the Confederation of Business Industry, who both agreed the qualifications had had their day.

But Mr Sherrington pointed to the 2004 Tomlinson review, which called for GCSEs, A-levels and vocational qualifications to be replaced with a single diploma.

“It didn’t get implemented because, at the end of the day, A-levels are strongly supported, both across the sector and politically,” Mr Sherrington told FE Week’s sister paper Schools Week. “They have this brand identity that is almost unshakable. Anything that says scrap A-levels is doomed – it’s a non-starter.

“The only hope is that A-levels will morph into a wider framework, a baccalaureate structure, but you don’t achieve that by saying scrap A-levels and scrap GCSEs. It’s reckless, it’s just something to say.”

The National Baccalaureate Trust advocates the creation of a “national baccalaureate for England”, a framework for 14- to 19-year-olds which comprises core qualifications such as A-levels or vocational equivalents, a personal project, and a programme of character and skills development for all students.

Mr Sherrington said an English baccalaureate system would have “a lot of benefits”, but insisted it has to be “based around things people already trust”.

There have been calls for GCSEs to be scrapped since the participation age for education and training was raised to 18 in 2015, meaning far more students stay in full-time education beyond the age of 16.

But opponents of the proposal argue that due to the high numbers of learners who move to new institutions at the age of 16, there is still the need for testing at that stage.

Mr Halfon, speaking on Monday, said: “We must remember that since 2015 all young people have been required to participate in some form of education and training up to 18.

“Yet GCSEs remain just as much the high-stakes tests that they were when many young people finished their education at this age.”

He said an IB-style qualification for 18-year-olds in England would “act as a genuine and trusted signal to employers and universities of a young person’s rounded skills and abilities.

“Schools would then be measured on two things – completion of the baccalaureate at 18 and the destinations of their pupils in the years after leaving, with apprenticeships explicitly counted as a gold standard destination.”

Geoff Barton, the general secretary of the Association of School and College Leaders, said there was “a lot of merit to the idea of scrapping GCSEs and having a single set of exams for 18-year-olds”, but warned of “significant practical problems which we would need to overcome”.