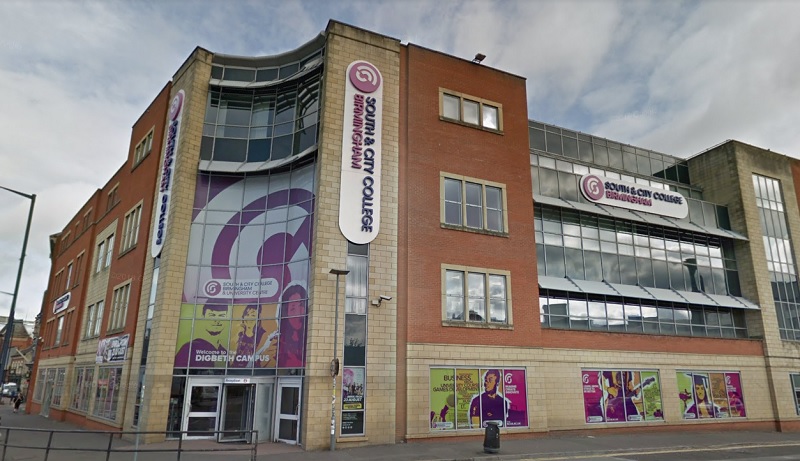 A college that saw its Ofsted grade slip two years ago while it battled with deteriorating finances has got its ‘good’ rating back following a mega-merger.

Bournville College was warned by former FE Commissioner David Collins of its “hand-to-mouth” financial situation in 2014 and was downgraded by the inspectorate to ‘requires improvement’ overall and ‘inadequate’ for apprenticeships in 2016.

The former 8,000-learner college then received £10.5 million in exceptional financial support from the Department for Education in 2017/18, all of which was waived.

But it appears the college’s troubles have started to turn following its merger with grade two South and City College Birmingham in August 2017, at which point their Ofsted records were wiped.

The new college taught more than 22,000 students over the previous full contract year and achieved ‘good’ ratings across the board.

Principal Mike Hopkins said he was especially “delighted” with the inspection outcome as it came “so soon after the merger with Bournville College”.

“[It] shows very clearly that the college is totally focused on our students,” he added.

“It also shows what incredible, dedicated and capable staff we have.”

Under Ofsted policy newly merged colleges have their inspection records reset and can be given up to three years before they’re inspected. South and City College Birmingham told FE Week it did not request its inspection despite it coming within just 15 months of its merger.

The new college has an estimated annual income of around £75 million and currently teaches around 5,000 learners who are aged 16 to 18.

Governors and senior leaders at the college, which now teaches 14- to 16-year-olds as well as apprentices and adult learners, were praised for managing “recent strategic changes well”.

“The recent college merger and the separate development of courses for full-time pupils aged 14 to 16, have led to improved outcomes for students, pupils and apprentices,” Ofsted said.

“The principal and senior leaders create a harmonious and inspiring environment, in a large and complex college, which enables staff to raise aspirations successfully.”

Inspectors found that achievement rates in vocational qualifications have “improved and are high”.

“Most students and apprentices who leave the college at the end of their course continue to higher education, employment, promotion or training,” they said.

We are now beginning our journey from ‘good’ to ‘outstanding’

Teachers are “successful in supporting students with significant personal difficulties and low skill levels to improve their confidence, language skills and readiness for work”.

To improve to ‘outstanding’, Ofsted said the college’s teachers and assessors, particularly in A-level provision and English and maths GCSE courses, need to “improve the quality of teaching learning and assessment”.

Leaders and managers also need to “improve pupils’, students’ and apprentices’ attendance” on courses where rates are currently “too low”.

Its mega-merger with Bournville College was originally planned for August 2016 but was delayed for a year.

Mr Hopkins said today: “Anyone considering where to study only has to read the Ofsted report to see that no matter who you are, this is the college where you will be supported, be safe and above all else will achieve your qualifications.

“We are now beginning our journey from ‘good’ to ‘outstanding’.”