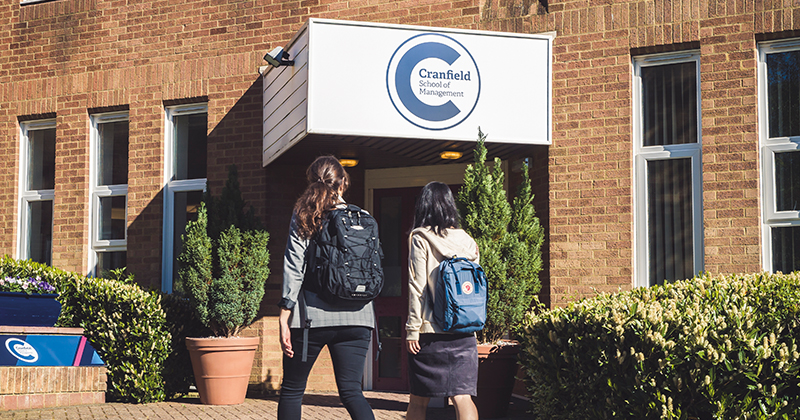 As management degree apprenticeships continue to hit the headlines, with sector leaders voicing growing concern about their rising costs, FE Week spoke to the biggest apprenticeship MBA provider to hear the other side of the story.

Last year 550 people started an apprenticeship MBA, according to official statistics, and the Cranfield University School of Management in Bedfordshire currently has 388 on the programme, valued at over £7 million.

And the university is preparing expand further from its focus on middle managers and higher, to introduce a new apprenticeship MBA in management and leadership for early career managers. Beginning in March, Cranfield hopes to have a cohort of 120 in its September intake.

Another management degree in logistics and supply chain will begin in February, but is expected to remain small at around 30 learners.

Melvyn Peters, director of education for the School of Management, said he believes higher-level apprenticeships are allowing a greater diversity of learners to access postgraduate courses without the fear of getting into debt.

“The ability to access a high-level postgraduate degree, without cost to yourself, is generating a lot of interest and enabling people to access it for the first time,” he said.

“Learners are more varied. I think it’s breaking down the old boys’ network. I think there was an element of that before. It’s allowing a much greater diversity and I think that has to be a good thing.”

Ofsted chief Amanda Spielman used her annual report earlier this month to warn graduate schemes are being “rebadged” as apprenticeships and urged the government to give “greater thought” to how levy money is spent, while skills minister Anne Milton has previously warned of a “middle-class grab” on degree apprenticeships.

But Mr Peters said that the “apprehension” about levy money being spent on high-level apprenticeships was a “misunderstanding”.

“The levy scheme was supposed to upskill across the economy, not just additional vocational apprenticeships,” he added.

Most of Cranfield’s degree apprenticeship programmes cost the maximum allowable under the levy, with the new management and leadership and logistic and supply chain degrees, as well as an existing degree in business and strategic leadership, all coming in at £18,000.

However, the popular Executive MBA costs £27,000, with employers having to pay the extra out of their own pockets.

Mr Peters said the non-apprenticeship version of the degrees had also been slimmed down so that the provision and cost is equal on both.

“We’ve been quite careful about how we adapt the programme to deliver. It wasn’t just a cost-cutting exercise, it was value identification.

“What do these people absolutely have to have? How do we deliver that in a more cost-effective way?

“Without the burden of debt, this is enabling a lot more people to access higher-level qualifications for the first time,” he added. “That has to be a good thing.”

The Cranfield apprenticeships MBA teaching is delivered in “partnership” with Grant Thornton, although not, according to Cranfield, under a subcontracting arrangement.