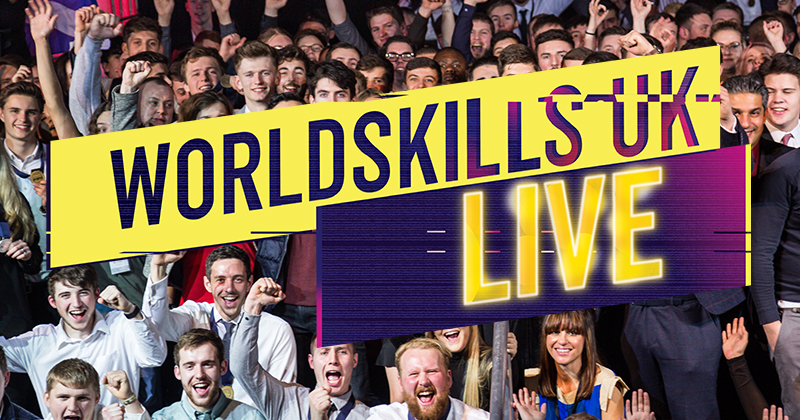 Over 200 of the UK’s most highly skilled apprentices and tradespeople were celebrated at the closing ceremony of WorldSkills UK Live this evening at Birmingham’s NEC.

City of Glasgow College found themselves at the top of the provider league table for a third consecutive year with 17 medals. They were followed by New College Lanarkshire, Southern Regional College, Coleg Cambria & North Warwickshire and South Leicestershire College.

The ceremony marked the end of what has been a record breaking WorldSkills UK Live (formerly The Skills Show) with over 85,000 people visiting the show over three days.

Skills and apprenticeships minister Anne Milton MP, who attended the event on Thursday, hailed WorldSkills UK LIVE as ‘critical to the future of this nation’ and praised organisers for breaking down gender diversity barriers.

Dr Neil Bentley, CEO of WorldSkills UK said: “This has been the biggest and best skills event that the UK has ever seen.”

This year’s show, which hosts UK skills competition finals, saw over 500 people compete to be crowned the UK’s best in 70 different disciplines.

During this week’s competitions WorldSkills UK officials spent much of their time looking for potential new members of the elite Team UK. Those who demonstrated excellence will now be invited to undertake further assessments and could have the opportunity to represent the UK in forthcoming international finals in 2020 & 2021.

WorldSkills UK  are currently under pressure to prepare for the WorldSkills 2019 finals which will take place in the Russian city of Kazan next August.