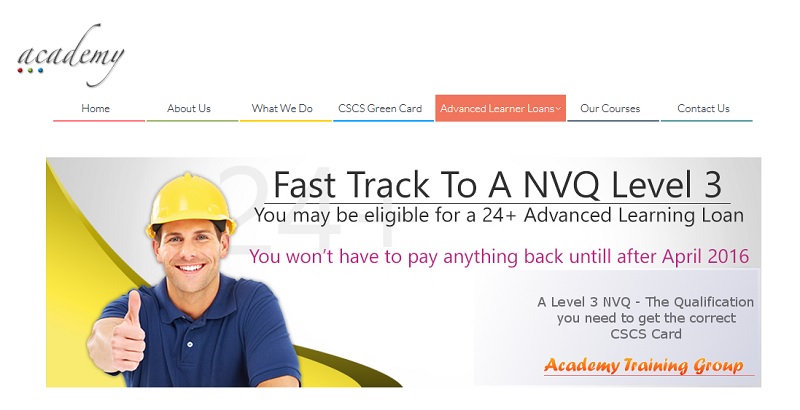 A provider has been slammed with a grade four after Ofsted found its 500 learners received “no teaching” and some were “not aware” they had taken out an advanced learner loan.

Harrow-based Academy Training Group was branded ‘inadequate’ across the board in its first ever inspection, published today, which claimed the provider has “no strengths” and does not use funding “appropriately”.

However, the provider challenged the judgement before it was made public and is continuing to do so. It insists that Ofsted “lacks understanding of the environment we work under and the constraints placed on us” to deliver loans provision.

At the time of inspection Academy Training Group was training nearly 550 adults, who fund their courses using the government’s advance learning loans, in areas including carpentry, fenestration, occupational work supervision and painting and decorating.

The provider has received £4.2 million from the ESFA ever since 2014 to deliver this provision.

Ofsted found that staff do not provide learners, many of whom speak English as a second language, with “appropriate information about the qualifications they are enrolled on or the advanced learning loan prior to the start of the course”.

They added that “too many learners are not aware that they have taken out an advanced learning loan to pay for their course and that they are required to pay this back”.

The provider’s operations director, Paul Marsh, hit back at this “widely biased” finding, claiming that the Student Loans Company has vetted its recruitment process itself.

“It is explained to learners through the registration process that it [the qualification] is a loan,” he told FE Week.

“They have to apply for it themselves through the SLC loans portal, and there are various checks they do.”

He admitted that the provider has had a “very small number of learners who have queried whether it is a loan or not” since 2014, but the SLC “has shown them the documentation and cleared it up”.

An SLC spokesperson said: “Anyone taking out an Advanced Learner Loan signs a declaration that makes it clear that it is loan that is repayable.  Both the online and paper applications make it clear that the learner is applying for a loan, and they are issued with a notice of entitlement which confirms that a loan has been granted.

“Payments are not released to a provider unless this signed declaration has been received and recorded on our systems.”

Ofsted also criticised the provider for having “failed to establish an appropriate training programme”.

“Learners do not develop any new or more complex construction skills,” inspectors said. “No teaching takes place and assessors merely accredit learners for what they already know or can do as a result of working in the construction industry.

“They do no teaching and only a minimal amount of assessment through the completion of a small number of questions to test learners’ skills and knowledge.”

Mr Marsh claimed it was not the job of the provider to teach the learners new technical skills.

“These guys are not apprentices, they are very experienced workers who have been doing their trade for 10 years but just haven’t got their qualification,” he told FE Week.

Unlike a college, we’re working on construction sites where we have no authority

“What we are largely doing is verifying their skills. Unlike a college, we’re working on construction sites where we have no authority.

“We have been largely criticised because Ofsted does not believe the qualification is appropriate for funding. We argued throughout that it is not our place to change or alter the qualification.”

He claimed that ESFA officials have visited the provider themselves and “said our work was exemplary in terms of making sure the loans were appropriate”.

Mr Marsh added that Academy Training Group is “already starting to put things in place where we might be able to give training to these learners outside of the working environment.

Ofsted said the report is “clear about our findings and judgements, and we stand by them entirely”.

A Department for Education spokesperson said: “We will always take action to protect learners if a training provider is not fit for purpose. We are currently assessing Ofsted’s findings and will be contacting Academy Training Group Limited to set out the action we will be taking in due course.”

The spokesperson would not confirm or deny if the ESFA has visited the provider itself.