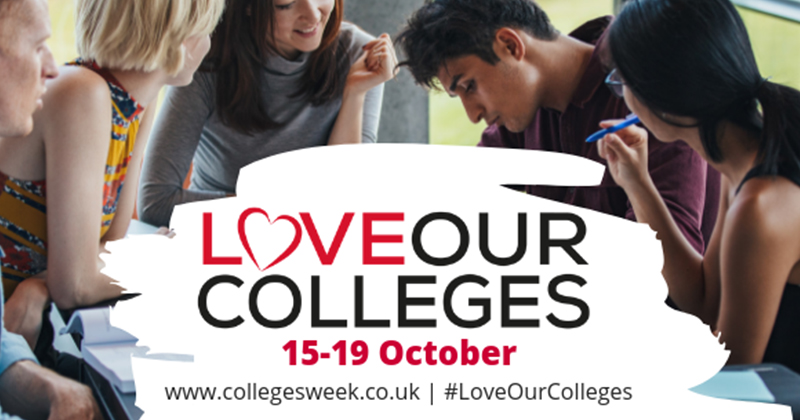 Up to 3,000 people are expected to march on parliament on Wednesday to demand more funding for colleges.

The march for FE, organised by the University and College Union in partnership with the National Union of Students and the Association of Colleges, is the main event taking place during Colleges Week, from October 15 to 19.

The week of action, led by the AoC, aims to “make a lot more noise” about the funding issues affecting the sector.

The UCU estimates that between 2,000 and 3,000 people will show their support for FE that day, with colleges around the country laying on coaches to get protestors to the march.

Two London colleges are even cancelling classes that day so their teachers and learners can attend.

Matt Waddup, the UCU’s head of policy and campaigns, said that staff, learners and college leaders will “march together on Wednesday because colleges are getting a raw deal on funding”.

“Colleges are increasingly unable to compete with schools and universities to retain staff, and budget cuts have led to fewer local learning opportunities for people to upskill and retrain,” he said.

“We need urgent public investment in our colleges and their staff – without it, we risk squandering the potential of millions of people.”

The march will start out from Waterloo Place at 12.45pm, before heading to a rally in Parliament Square from 1.30pm.

“Staff will be free to lobby, march, write to their MPs and meet with stakeholders to really explain the value of what we do and how much we need the years of underinvestment to end,” he said.

Ealing, Hammersmith and West London College is also understood to be closing for the day.

Emily Chapman, NUS vice president for FE, said the union was working to “make sure all colleges are represented in this crucial week for the future of FE”.

This included working with the AoC to ensure student unions were represented, and with principals to provide coaches to Westminster on the day.

As well as the march on parliament, college leaders, staff and students will lobby MPs that day to plead the case for more funding for FE.

Throughout the week, colleges across the country will be putting on their own events and “inviting the local community to celebrate the impact that colleges have”, an AoC spokesperson said.

Colleges Week was prompted by the Department for Education’s decision to fund a 3.5 per cent pay rise for school teachers while ignoring college lecturers – an announcement that left AoC boss David Hughes “angry” and “frustrated”.

“The issue is we are in a very tight funding financial constraint position with government so we have to make a lot more noise and get a lot more students, staff, parents, employers, stakeholders, partners to advocate for colleges,” he told FE Week last month.