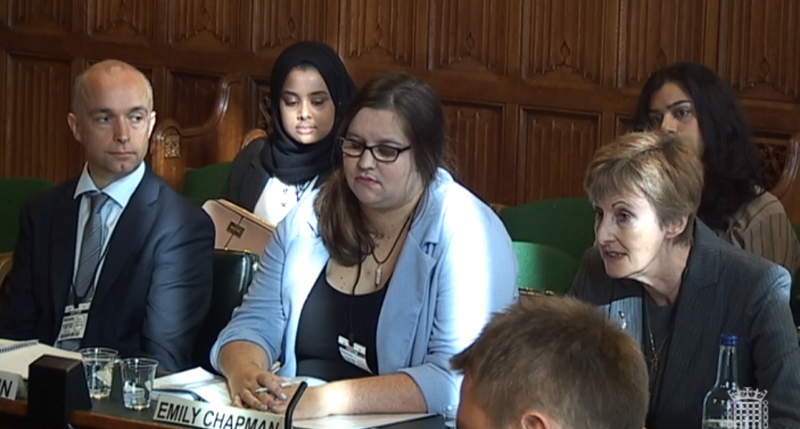 Sector leaders have made an impassioned plea to MPs for the government to “stop the initiative mania” and focus on core funding ahead of the Budget day later this month.

Representatives from the Sixth Form Colleges Association, the Association of Colleges and the National Union of Students were giving evidence to the education select committee’s hearing on college funding this morning.

Dr Alison Birkinshaw, principal of York College and last year’s AoC president, told MPs that any new funding being offered to the sector was being “channelled into the revolutionary aspects of FE” while “core funding is being kept at an all-time low, and that means we can’t do our job”.

“We’re in permanent change but the core, the sustainability of the funding is just not there,” she said.

James Kewin, deputy chief executive of the SFCA, urged the government to “stop the initiative mania”.

“We see all kinds of eye-catching initiatives like uplifts for maths, or particular qualifications, but the much more mundane reality is we just need higher core funding,” he said.

Furthermore, he said, these initiatives can “do more harm than good” because “when we say there’s not enough money in 16 to 18” the Department for Education and the Treasury “will say, we’ve just given you some money to increase maths, we’ve given you money for T-levels”.

The comments come ahead of action during next week’s Colleges Week, from October 15 to 19, calling on the government for better investment for colleges and fair pay for staff.

FE Week reported on Monday that the SFCA is set to launch a campaign to call for the base funding rate for all 16- to 18-year-old learners to be increased to £4,760 in the next spending review.

Mr Kewin described this as a “modest ask” at today’s hearing, and said it was “actually half of what we’ve lost since 2010”.

When asked by committee member William Wragg where the money would come from to pay for this increase, both Mr Kewin and Dr Birkinshaw said it could come – at least in part – from the current underspend, which Mr Kewin said was around £100 million a year.

Other issues raised during the hearing included English and maths GCSE resits, staff pay and teacher pensions, which Mr Kewin described as a “timebomb waiting for us” that “needs to be addressed”.

“What the government can’t do is what it’s indefensibly done on the teacher pay grant and say we’ll pick up the tab for schools or academies, but not for colleges. It has to be the same for everyone,” he said.