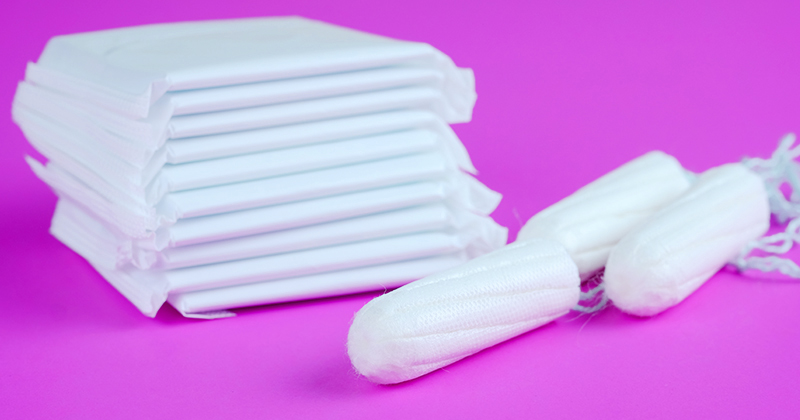 A local University and College Union branch has become the first in the country to offer college learners free sanitary products, as union leaders call on the government to do more to tackle period poverty.

The campaign at Newcastle College is the first at an English college, and follows a successful fight in Scotland – backed by the UCU – to make tampons and other such products available for free in schools, colleges and universities there.

The Scottish government has committed £5.2 million to the initiative, it announced in August, making it the “first in the world” to offer free tampons and sanitary towels to all pupils and students.

However, the Department for Education has indicated it has no plans to introduce a similar scheme in England.

A spokesperson said it would instead be providing £1.5 million through the Tampon Tax Fund “to help distribute sanitary products to young women and girls in need in England”.

The fund, worth £15 million and managed by the Department for Digital, Culture, Media and Sport, is paid for with the VAT charged on sanitary products.

The ‘Let’s Talk. Period’ project was allocated £1.5 million from the fund in March to distribute sanitary products to girls and young women in need in seven areas of England.

However, it has yet to launch, and FE Week has been unable to speak to the organisation behind it to find out when it will be running.

Anya Cook, UCU branch secretary at Newcastle College, told FE Week that its campaign had been prompted by an “increase in students requesting support with sanitary products from the pastoral support team”.

Furthermore, “we have teachers bringing them in and keeping them in their drawers in case they need them for their students”, she said.

The branch’s campaign is “filling a gap that the government should be filling,” she said.

“It’s a disgrace that we have a woman prime minister and yet we have young women and girls who are unable to provide even the most basic sanitary protection for themselves.”

“Tampons and sanitary pads are not luxury items, they are essential for women,” said Helen Carr, the UCU’s head of equality.

“The government should be following the example set in Scotland and dealing with period poverty in all schools, colleges and universities,” she said.

Ms Cook said the Newcastle College branch has committed to funding sanitary products for those students in the most need from its own “really quite limited” funds for at least the rest of the academic year.

It has also enlisted the support of the college leadership, which has committed a small amount of cash towards the initiative and has encouraged staff to donate to the campaign.

“It’s about being comfortable and being clean, and being able to attend so that you can succeed in your qualification,” Ms Cook said of the campaign.

A story in FE Week’s sister paper Schools Week in June cited analysis by the DfE which found that period poverty did not have a significant national impact on school attendance.

It found that although absence rates for girls increase after the age of 13 and exceed those of boys, this is true both for girls who are eligible for free school meals – and therefore more likely to experience period poverty – and those who are not eligible.