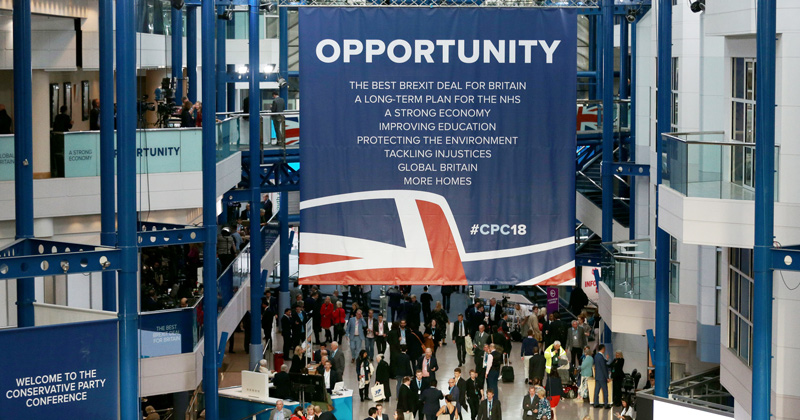 “FE is over-reformed. We need stability and evolution”

Brexit is grabbing the headlines. But many debates at the Conservative Party conference concluded that lifelong learning and apprenticeships are central to life beyond March next year, says Stephen Evans

There are some great debates at party conferences if you know where to find them. They’re usually away from the main conference halls, though Damian Hinds’s announcement of new capital funding for T-levels was welcome.

At this year’s Conservative Party conference, there were two main themes at these debates. The first was about next steps on the apprenticeship levy. The chancellor announced that employers would be able to transfer 25 per cent of their levy funds to their supply chain, up from 10 per cent, and that its operation would be reviewed. Speaking to a number of employers and employers’ groups, the key message I picked up was that it needs to be simpler and more flexible, but please don’t rip it up and start again!

The latter point is really important. The levy is a good idea. It needs change, but to start from scratch now would be to repeat past mistakes. Further education is perhaps the most over-reformed sector, to within an inch of its life. What we need now are stability and evolution.

There were some good ideas for this evolution. These include making the standards process quicker and simpler (time for an “even faster and better” initiative from the Institute for Apprenticeships, perhaps?).

We also should benchmark standards against the best in the world, and we definitely need more action on access to apprenticeships. Learning and Work Institute research has shown systematic inequalities, including underrepresentation of people from BAME backgrounds and gender segregation. That’s why we’ve argued for an apprentice premium, targeting extra resources at under-represented groups like the pupil premium does in schools. But whatever the method, we need to turbocharge our efforts on fair access to apprenticeships.

To start from scratch now would be to repeat past mistakes

The second theme was a broader one about getting beyond Brexit and back to the prime minister’s commitment, on taking office, to tackle burning injustices. Living standards have flatlined and it’s clear some people and places feel left behind. The combination of an aging population and a new technological revolution risks worsening these inequalities, unless we act.

Most of the debates I attended argued that more lifelong learning should be part of the answer, but things got a bit vague when it came to how to do this. Apprenticeships, T-levels and the national retraining scheme were all mentioned. But I think we also need an overarching vision, a strategy for how these building blocks fit together.

The good news is that, between us, we’ve got lots of answers. It was great to see so many people from FE taking part in these debates, raising the sector’s profile and providing solutions.

Will all this result in greater investment in FE and lifelong learning? It’s too soon to tell – we’re higher up the political agenda, but it’s a long way to next year’s spending review.

The skills minister Anne Milton told our Festival of Learning reception earlier this year that it’s the squeaky wheel that gets the grease. To be as squeaky as possible I think we need to:

Memories of conference debates soon fade; we need to keep the pressure on to win hearts and minds.