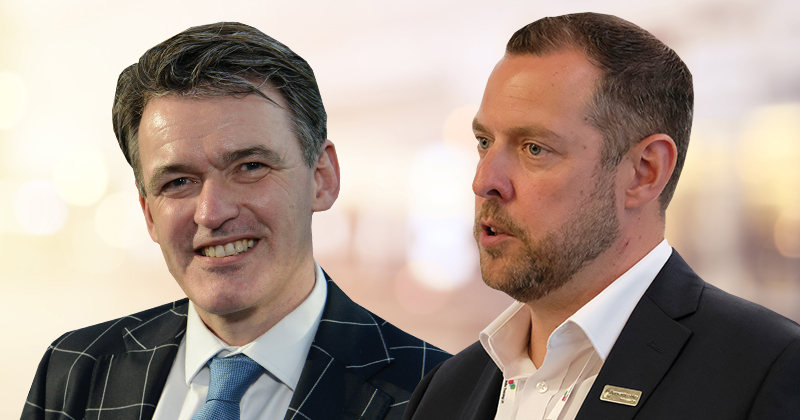 The rushed timeframe ahead of next year’s devolution of the adult education budget means providers will struggle to “hit the ground running” next August and may lead to “market instability”, an expert has said.

The warning comes as the first combined authorities are gearing up to start their tender process this month, with contracts due to be in place in April – just four months before the authorities get control of the cash.

Dr Gareth Thomas (pictured above right), managing director of consultancy firm Skills and Employment Support Limited and an expert on devolution, told FE Week that while the authorities “may be able to complete the procurement and contracting” it was less certain that providers would “be able to adapt their delivery models and put appropriate partnership arrangements in place” in time.

“Hitting the ground running from August 1 will be a big challenge.”

There was also a risk of “market instability”, Dr Thomas said, as providers that lose out would be left with little time to “put other arrangements in place”.

This could lead to a “knock-on impact” in other areas, such as apprenticeships, as AEB cash has “previously provided much needed stability for some providers”.

Mark Dawe (above left), chief executive of the Association of Employment and Learning Providers, said that providers were “facing dramatic changes across all their programmes of delivery”.

“It is the uncertainty as to what is changing when and therefore the ability to plan and vary resource that is and will cause the greatest destabilisation,” he said.

He urged the combined authorities to ensure the “initial transition” is “smooth and avoids destabilisation, but then it should be followed quickly by a clear plan and commissioning of all AEB”.

This approach “appears to align with their thinking”, Mr Dawe said.

The Greater London Authority and six other mayoral combined authorities are due to get control of their AEB funding from 2019/20.

FE Week reported on Monday that the GLA is set to go out to tender next week for £130 million of its estimated £311 million annual budget.

Private providers will be able to bid for their share of the cash in two lots, while grant-funded providers, including colleges, will receive similar allocations to their existing Education and Skills Funding Agency allocations.

Both Tees Valley and the Liverpool City Region combined authorities told FE Week they would be launching their procurement processes by the end of this month.

A Tees Valley spokesperson said its tender would involve a “single stage application process for its current base of over 170 education, skills and training providers”, with a minimum contract value of £50,000.

Cambridgeshire and Peterborough Combined Authority didn’t say when it would be going out to tender, but did say it was “currently finalising its procurement plan which will culminate with contracts being awarded in April 2019”.

The West Midlands Combined Authority will be issuing its pre-procurement notice “shortly”, and the procurement process “will be launched early in the new year”, a spokesperson said.

A spokesperson for Greater Manchester Combined Authority, which launched a pre-procurement exercise in July, said further details of its plans would be available shortly.

The West of England Combined Authority said it was still finalising its approach.