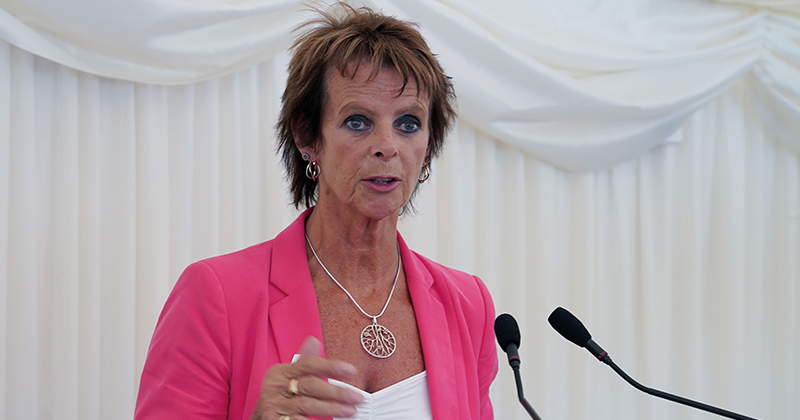 The skills minister has highlighted the “risks” associated with degree apprenticeships after her predecessor evangelised about how they are his “two favourite words”.

Anne Milton and Robert Halfon engaged in a heated exchange about the high level qualifications during a fringe event at the Conservative party conference.

Mr Halfon, now chair of the education select committee, said there needs to be a “radical change at the Institute for Apprenticeships and a lot more funding” going into degree apprenticeships, which are seen as being central to the government’s plans to put technical education on a par with academic education.

His remark follow comments by IfA chief Sir Gerry Berragan who previously told the committee he was “agnostic” about the qualifications.

The danger is the word degree is linked to universities

Ms Milton jumped to the defence of “poor old Gerry” and said he was “not agnostic” about them, but she and he think “we need to be careful we don’t crowd out levels 2, 3, 4 and 5”.

FE Week’s editor Nick Linford interviewed the skills minister after the showdown and quizzed her on her concerns.

“I think there are risks around degree apprenticeships,” she said.

“One is that all that’s happening is that people who would have gone through a traditional full-time degree are doing a degree apprenticeship.

“That’s great, possibly for the productivity of the country, because you get your degree and you’re working at the same time.

“But actually the whole idea of apprenticeships is that it gives people an opportunity that you wouldn’t otherwise have.”

She added that the “danger” is that the word degree is “linked to universities and one of the problems that I have is struggling to get the word further education out in the public domain”.

“Parents think that’s the only option for their children, and so you can end up unwittingly reinforcing the fact that it’s got to be a degree.

“In fact 50 per cent of people don’t go to university, currently. So what’s happening to those 50 per cent? A lot of them had a bad experience at school.

“So FE plays a crucial part. What matters is getting the pathway for people to do even a level one.

“I was talking to the principal from an FE college in Birmingham today, and they’ve just had a graduation ceremony and I think she said 100 students graduated in the ICC.

“Of those students graduating were people who came to them to do level 2 qualifications who never thought in a million years they would do a degree.

“And I don’t want the conversation about degrees to crowd out.”

Asked if degree apprenticeships were in danger of taking the rungs out of Mr Halfon’s ladder of opportunity, she replied: “Or to take the paving stones out on my path.

“The point is that it mustn’t crowd it out. We mustn’t see, because in some jobs level 4 and 5 is absolutely fine.

“And you can go on and get to quite a senior level even run the company without having a degree. Look at me, I don’t have a degree. I got to be minister of state for skills and apprenticeships.”