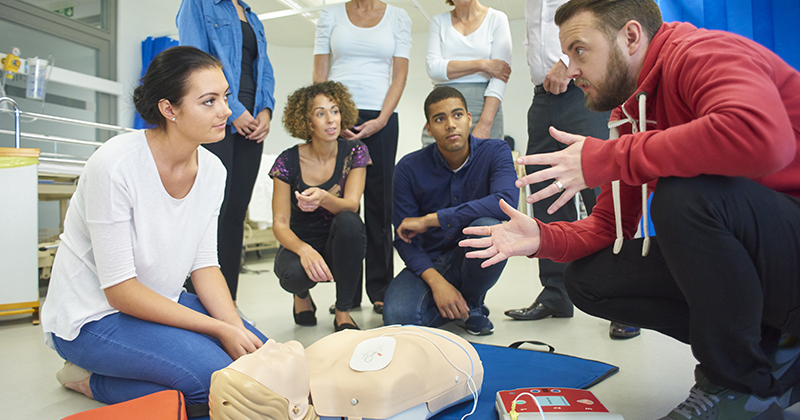 An extra 400,000 people taking level three qualifications this year, and a corresponding fall at level two, can be largely attributed to the decision to ‘re-level’ a popular first aid course.

The Emergency First Aid at Work qualification has been reclassified from level two after a “review” of the qualification from the First Aid Awarding Organisations Forum (FAAOF).

Chris Young, chair of the forum and chair of the board of directions at awarding organisation FutureQuals, said the group felt the qualification would be “more appropriately levelled” as a level three. The skills required to complete the course have not changed, in line with requirements from the Health and Safety Executive (HSE), and nor has the price.

Figures published by Ofqual earlier this month show the QA level three award in Emergency First Aid at Work had the highest number of certificates during the second quarter of this year (April to June).

It was also the most popular qualification in the first quarter, with another first aid qualification – the FAA level three award in Emergency First Aid at Work – coming in third. The same qualifications also came in first and third in the last quarter of 2017.

Accompanying notes to the statistics added: “A number of qualifications have high numbers of certificates this quarter, including new level three qualifications, which were not available to certificate in the same quarter in the previous year. Many of these are first aid qualifications.

“This is due to the FAAOF review of the Emergency First Aid at Work qualification and that these should be re-levelled from level two to level three in England.”

Approximately 400,000 people take the Emergency First Aid at Work qualification each year. If the trend continues this year, the number of people with a level three certificate will grow 33 per cent (1.2 million to 1.6 million), and level two certificates will drop 17 per cent (from 2.4 million to 2 million).

FAAOF does not have any website or online presence.

Mr Young said: “Emergency First Aid has been around for a long time, and it’s just a natural progression. We did some work on the Paediatric First Aid course a couple of years ago and it just led to a natural review, from a validity point of view, that we needed to look again at the Emergency First Aid.

For first aid in the workplace, the HSE only requires a suitable course which meets its guidance. There is no requirement for the course to be regulated by an awarding body, or what level – if any – it should be.