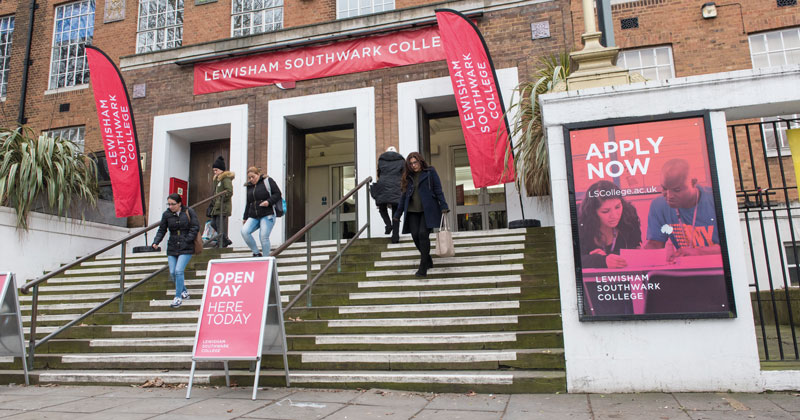 Lewisham Southwark College is set to become two separate colleges again, just six years after it was formed through a merger.

The move was announced today by Joe Docherty, chief executive of NCG, which the college joined in 2017.

“This decision will allow the newly-established colleges to develop curriculum programmes that better meet the needs of the communities they serve, and to work more closely with key stakeholders, including crucially the local authorities of Lewisham and Southwark,” he said.

New principals will be appointed to lead Lewisham College and Southwark College, Mr Docherty said, “both charged with the opportunity to make sure the offer better meets the respective local challenges while continuing to collaborate on areas where that makes sense”.

Both colleges will remain part of NCG following the de-coupling, which is set to take place on October 1.

Staff, student and parents will be consulted on the changes, although no redundancies are planned.

“This move will allow the newly-branded Lewisham College to tailor their curriculum to the needs of our borough,” Mr Egan said.

Mr John said that Southwark residents “deserve a better and more focused further education offer than we have had in recent years”.

Since then it has had a troubled time, including a failed rebrand and two ‘inadequate’ Ofsted ratings in a row – the first FE and skills provider to do so.

In August 2017 it merged with NCG, despite concerns being raised by Lewisham council over the sense of the college joining a college group based 300 miles away.

Earlier this year staff at the college walked out on strike in a dispute with NCG bosses over pay.