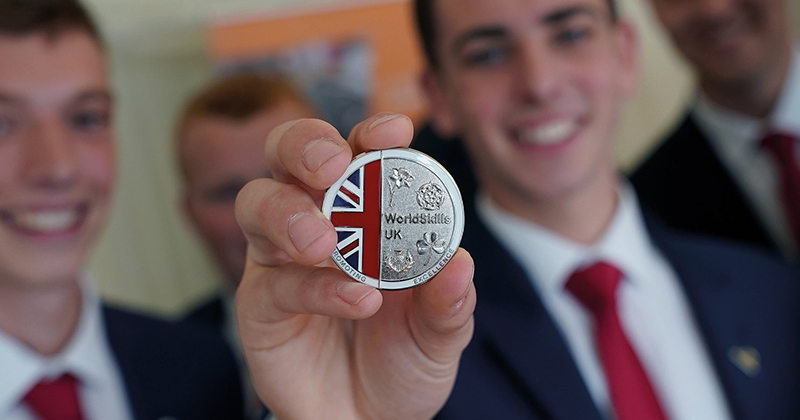 “We still have some way to go before we will be on a par with Switzerland and other European countries.”

We still have some way to go before we will be on a par with other European countries – we must look past the podium to see what we can learn from their skills systems, says Ben Blackledge

It’s no coincidence that Switzerland and Austria were in first and second place respectively at the last EuroSkills competition in Gothenburg, Sweden in 2016. Both countries have technical programmes that enable them to punch above their industrial weight and produce skilled competitors ready to deliver on the international stage. That is why it was hugely pleasing that in 2016, Team UK was able to compete so well against technical systems across Europe and place seventh in the WorldSkills Europe rankings.

There is always more to learn, however. As we look forward to this year’s EuroSkills in Budapest, we aim to retain a top ten place. We are also hugely encouraged to see that – against the backdrop of the introduction of the apprenticeship levy and falling apprenticeship numbers – 64 per cent of Team UK will be apprentices. This has increased from Gothenburg 2016 (58 per cent) and is a good indicator that despite significant change in the apprenticeship programme, the quality of apprentices in the UK is really strong.

But we are the first to admit that we still have some way to go before we will be on a par with Switzerland and other European countries. This is not surprising, when you consider the value that is placed on apprenticeships in these countries, with its accompanying investment.

The vastly differing approaches to apprenticeships in Europe, is why EuroSkills is more than just a competition. Yes, medals are important, but we must also look past the podium to see what we can learn from our European neighbours. The event provides us with the very tangible opportunity to re-visit the role skills competitions play in developing world-class apprenticeships and apprentices. This is a chance not only to raise the profile and prestige of apprenticeships in the UK, but also to bring back the learning from these international competitions to make the UK education system truly world class.

Employers have told us that WorldSkills UK competitions provide a form of accelerated development in which apprentices achieve greater technical excellence in their skill. But more than that, the training they undertake to prepare for international competition develops high-level transferable skills. My counterparts across Europe tell me employers in their countries feel the same.

The levy can be used by colleges and training providers in agreement with employers to offset the costs associated with taking part in a skills competition. One employer that has benefited from embedding skills competition activity in their internal apprenticeship training programme is Toyota. The manufacturer has had significant presence in Team UK, with two apprentices in this year’s team and their apprentices winning the bronze medal in Mechatronics in 2016. For Toyota, being part of WorldSkills UK competitions is not a “nice to do”, but is central to them benchmarking and driving up the quality of skills.

Members of Team UK for Budapest 2018 will also play an important role as ambassadors for WorldSkills UK – and it is their personal stories that will inspire more young people to consider taking up an apprenticeship. With the support of colleges and training providers, we want employers to pledge to use part of their levy to support their apprentices in competition. It is this combination of inspiring role models and investment from the sector that will create greater access for the next generation of skilled apprentices, and it is those apprentices that will continue Team UK’s success in EuroSkills Graz 2020 and beyond.