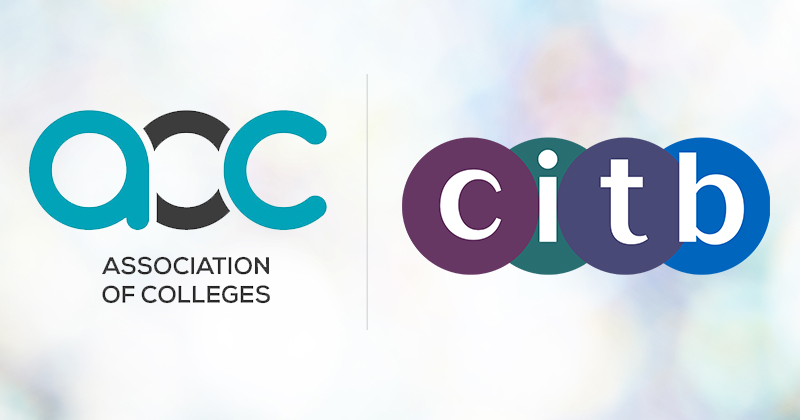 The Construction Industry Training Board has paused discussions with colleges about its proposed “reverse subcontracting” deal following a meeting with the Association of Colleges who fear it would break funding rules.

Colleges were in uproar last month after the CITB tried to force them to enter the arrangements where it charges top-slices of at least 28 per cent even though it won’t be the prime.

The AoC immediately stepped in to say it was “deeply concerned” while colleges told FE Week it was “unfair”.

Good progress has been made in developing a future agreed approach.

A meeting between the association and the CITB took place this week to fix the issue.

“Following discussions between CITB and AoC regarding the subcontract arrangements for non-levy apprenticeships in England, we have this week held a very productive meeting,” a spokesperson for the CITB said.

“Good progress has been made in developing a future agreed approach.

“CITB and AoC will now work together on finalising a way forward which will remain fully compliant with ESFA funding rules. This is currently a priority activity for both organisations and we aim to jointly share the outcomes of our discussions shortly.”

He added: “We have agreed that while finalising the proposals, CITB will pause discussions with colleges regarding the current proposal for subcontracting.”

Teresa Frith, senior policy manager at the AoC, said: “CITB and AoC had a very productive meeting with good progress being made in developing a solution which is mutually beneficial to all parties.

“Whilst we appreciate we need to move quickly at this time, CITB and AoC need to engage with individuals within our organisations to ensure the proposed solutions are agreeable and are fully compliant with ESFA funding rules.

“This is currently priority activity for both CITB and AoC and we aim to share the outcomes of our discussions shortly.”

The bizarre deal was thought up by the CITB after it failed to win a non-levy apprenticeships contract.

Whereas before the levy it would use its apprenticeships contract as a prime and subcontract the training out to colleges, the CITB now wants colleges to agree to a “reversal of our contracts”.

Colleges would be the prime but have to pay a huge management fee believed to range from 28 to 36 per cent, like a subcontractor, for which the CITB will give access to construction employers and provide other services such as inductions and health and safety training, according to a contract seen by FE Week.

It means that for apprenticeships on the carpentry and joinery level two standard, for example, the training provider would receive £12,000 government funding but have to give £3,360 of it to the CITB.

When it was first proposed the CITB deceptively said the AoC and Department for Education had endorsed the deal.

Part of the reason why this “reverse subcontract” will be deemed as uncompliant by the ESFA is that a number of activities the CITB contract proposes they will do are listed in the rules as ineligible for funding, such as recruitment.