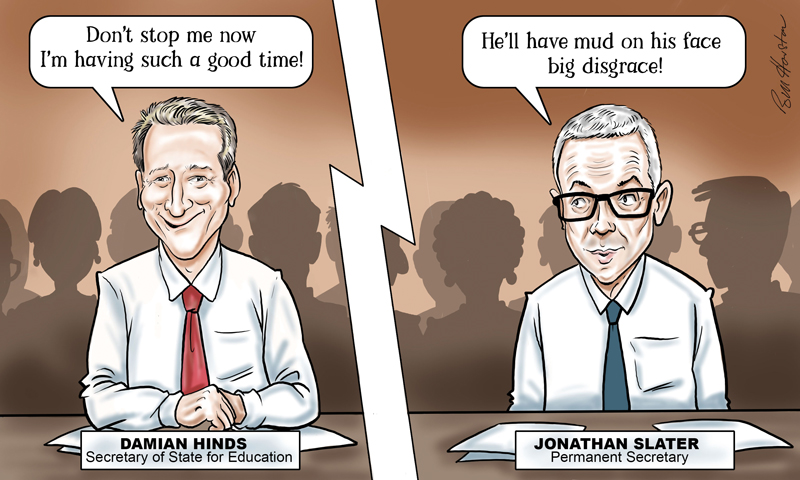 The education secretary has defended his decision not to delay the first T-levels, insisting the new qualifications are being introduced at a “good pace”.

Damian Hinds appeared before the education select committee just two days after his top civil servant told the Public Accounts Committee that he still has contingency planning concerns regarding the tight timetable.

“We’re doing the first teaching of the first three subjects in 54 colleges – this is relatively small-scale beginnings – and this is just over two years away, and we will have a gradual programme of bringing in this entire reform.”

Mr Hinds was responding to a question from James Frith, the Labour MP for Bury North, who raised concerns that T-levels would repeat mistakes from similar reforms from the past.

“I worry that your permanent secretary saw that and advised against it, and you’ve overruled him. That willing it to happen will make it so,” Mr Frith said, referring to the moment Mr Hinds denied Jonathan Slater’s request to delay the project for another year.

“No it’s not just the case of willing it to happen,” Mr Hinds insisted.

On Monday, Mr Slater, the Department for Education’s chief civil servant, told the PAC that the 2020 timetable would work “so long as each element of the plan goes ahead without any hiccups”.

Given the scale of the challenge, he had wanted to “buy ourselves some more time to allow for the possibility that it wouldn’t all go according to plan”.

As previously reported by FE Week, Mr Slater’s request was overruled by his boss in May, in the first ever ministerial direction – when a minister overrules the head of a government department – to have come from an education secretary.

Mr Frith asked Mr Hinds for some “practical evidence” that the tight turnaround would work, such as addressing some of the “practical concerns in the sector” around the availability of work placements, particularly in rural or coastal areas.

The education secretary said that the work placement pilots, currently underway at 21 providers, are intended to “make sure that it is possible to build up the availability to address some of these issues”.

He has spoken to some of the 54 providers which will be teaching the first three T-levels about how “they’re currently thinking about the industry placement”.

“There are some companies thinking about if you’ve got apprentices four days a week and they do their day a week in college, then you could do the reverse sometimes for T-level students,” he said.

“Look, we just have to have the will, you have to have the drive to make this happen. Because if we’re going to have world-class technical and vocational education and training it has to include an industrial placement,” he said.