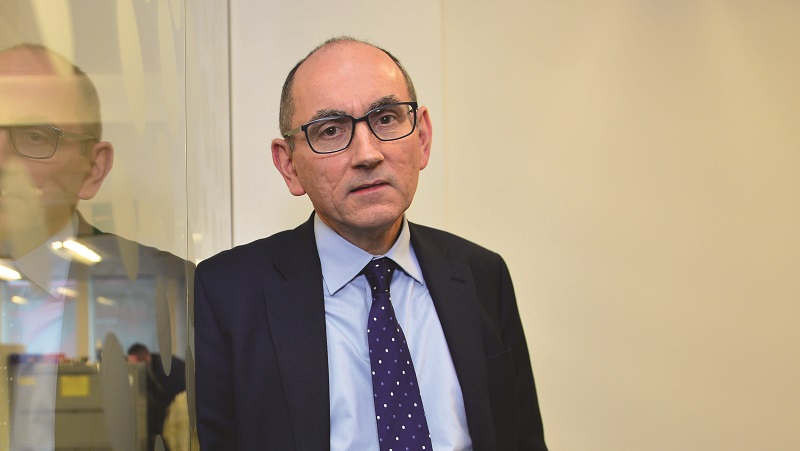 NCG has been in the headlines lately, what with the visits from Ofsted, its falling achievement rates, mass redundancies, strike action and the closure of the free school it sponsors. FE Week senior reporter Billy Camden sat down with the group’s new chair, once the ESFA’s chief executive, Peter Lauener to discuss why he took the job, potential future expansion, and those falling standards.

Why did you take the role?

“I think the NCG model is very interesting. It has grown now to six colleges and two training providers (see map) after recently bringing on Carlisle College and Lewisham Southwark College, which was a big, big change.

“There was opportunity for a different approach that said ‘we can operate more sufficiently across a large group and we can do that to save money which can be ploughed back in to improving front-line services’.

“We wanted to be tight nationally on finance, with autonomy locally on quality and the curriculum offer. I found this model intrinsically interesting and I liked the idea of it being fairly new and there was an opportunity to help formulate things.

“We think the model has saved around £2 million in the network of colleges, through savings on back office work.” 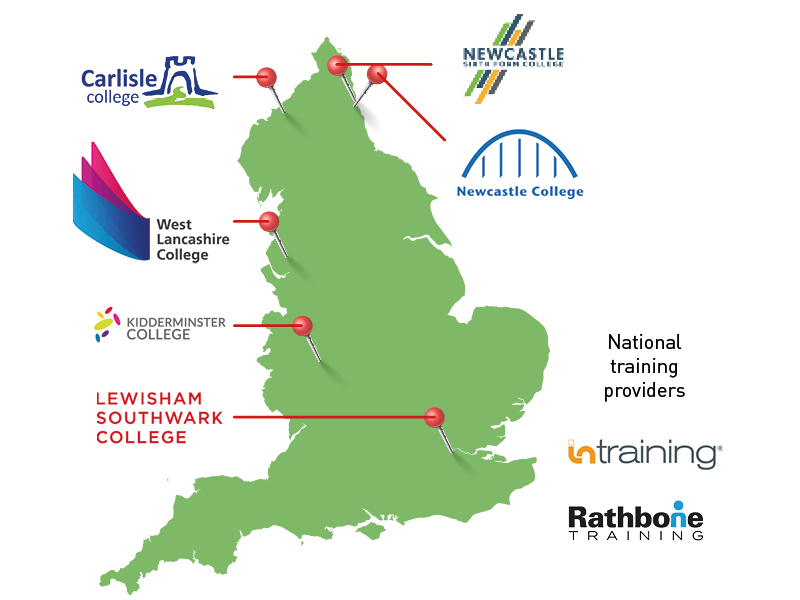 Standards have dropped across the group over recent years. Has leadership taken its eye off of frontline learning to focus on expansion?

“In some cases standards are slipping because of the changes in apprenticeships that have affected all parts of the sector.

“There have also been restructures at Newcastle College where we had to reduce the size because learner numbers were falling. It takes a while to get things back in focus but we think we’ve laid the base for quite rapid improvement over the next couple of years.

“The expansion has happened and we now have a sizeable group. We need to realise our potential and shift focus to improving standards.

“There were significant financial problems in Carlisle and Lewisham Southwark College which our leadership had to focus on, and Newcastle was having redundancies.

“So it was not that people weren’t looking at the quality, but inevitably there are other problems that need to be sorted and you have to sort the financial issues to move forward.”

NCG is expected to receive a ‘requires improvement’ rating from Ofsted in its upcoming report. What is the group doing to improve?

“The corporation feels it needs to do two things: a review of governance and a new drive on standards.

“We’re improving governance arrangements and how we put local and national views into effect. We want people to share expertise and experience across the group from Lewisham to Carlisle.

“We are also clear that standards are not where we want them to be and I would be surprised if the Ofsted inspection doesn’t confirm that.

“The important thing is we want them to improve and we have a lot of the right building blocks in place after restructuring and are expecting standards to improve rapidly. That is going to be our driving focus over the next several years.

“This is about our journey back to ‘outstanding’.”

Does NCG have any expansion plans?

“There is no point growing if we are not delivering on standards so we need to improve those first.

“I wouldn’t say we are too large but we are at a level where we have no plans to grow until we have gone through this next phase and consolidate the structures, and make sure governance is really working and address the standards.

“The group has had approaches from other colleges but we have not encouraged them.”

Ofsted is expected to criticise NCG’s leadership in its report. Do you have confidence in group chief executive Joe Docherty?

“I think Joe is a first-rate chief executive, and he has done an excellent job over the last couple of years. I am absolutely confident he is the right person to realise the potential of the organisation that he has helped to shape.

“Any restructuring is difficult and it is not a surprise that some people are not happy with it.

“I am confident Joe has the ambition, the nous, and the commitment.”