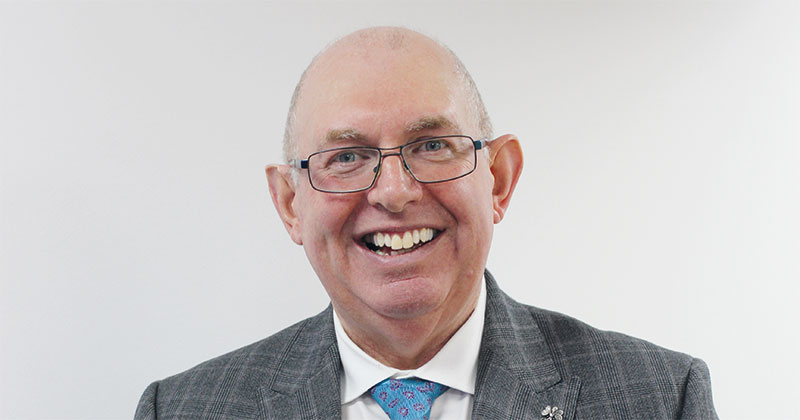 The new president-elect of the Association of Colleges will campaign to get his fellow principals to involve learners far more in FE decision-making over the course of his tenure.

In an exclusive interview with FE Week, Steve Frampton, who is also the principal of Portsmouth College, revealed that he wants to focus his year in post on encouraging AoC members to listen more to the “student voice” – and act upon their recommendations.

“Learners are much more important than just our clients, they can offer great solutions to issues,” Mr Frampton said.

This would build on campaigning by the National Union of Students, through its president Shakira Martin’s #FEunplugged campaign, and the ‘Students shaping the post-16 skills plan’ document she wrote with Liberal Democrat leader Vince Cable.

“I’m very keen to map out with Shakira how we make their voice heard,” Mr Frampton added.

He has over 39 years’ experience in FE, and will devote his full attention to the presidency after stepping down as boss at Portsmouth’s grade two sixth-form college in the summer.

As well as lobbying colleges on his travels as AoC president, he will try to convince Ofsted to make the learner voice a “central focus” in its new framework, which is due out next year.

“I don’t think Ofsted is adverse to the idea, but it is finding how we might do that, and the how really is the challenge,” he said.

Mr Frampton claims to have learnt “nearly everything” he knows from listening to young people.

“My college changed the timetable to a more compact day, to mirror top institutions all over the world after listening to learners,” he pointed out.

“We invested in digital technology by giving each student an apple iPad to use throughout their course which drove up the quality of teaching and learning, attendance, achievement, and progression”.

This cost around £280,000, but won the college an AoC Beacon award last year.

“The more we listen to learners the more we will get it right, and that is from my own personal experience,” he concluded.

After taking over from current president Dr Alison Birkinshaw on August 1, Mr Frampton also wants to focus on curriculum issues. This will include helping to shape prestigious new T-levels ahead of their expected launch in 2020.

“Specifically we need to get the transition year right for T-levels and the three-month work placements, which will be the most challenging aspect of the qualifications,” he said.

Uncertainty is never a good place to be

He is concerned about “what the future of applied general qualifications is going to be in the structure” with T-levels and the reformed A-levels, however.

“There are a million students in our sector on applied generals so we can’t afford to leave them out,” he said. “There is quite a lot of uncertainty around them at the moment and uncertainty is never a good place to be.”

He believes students are “over-assessed” and there “have to be smarter ways of finding out how talented our young people are than just putting them through pressurised exams”.

He doesn’t claim to have the solution, but he wants to use his presidency to come up with a more “sophisticated” answer.

He admitted to having “big shoes to fill” following on from the previous two presidents – Dr Birkinshaw, who focused on fair funding and maths and English GCSE resits, and Ian Ashman, who concentrated on mental health.

Aside from working in colleges since the 1980s, he has been the director of several local community charities, including Business South and PiTC – the community arm of Portsmouth Football Club.

His extensive career earned him an MBE for services to education in the New Year’s honours list in 2017.

David Hughes, the AoC’s chief executive, said Mr Frampton will be a “great advocate and help us to amplify the importance of colleges to the health and prosperity of our communities and the economy”.