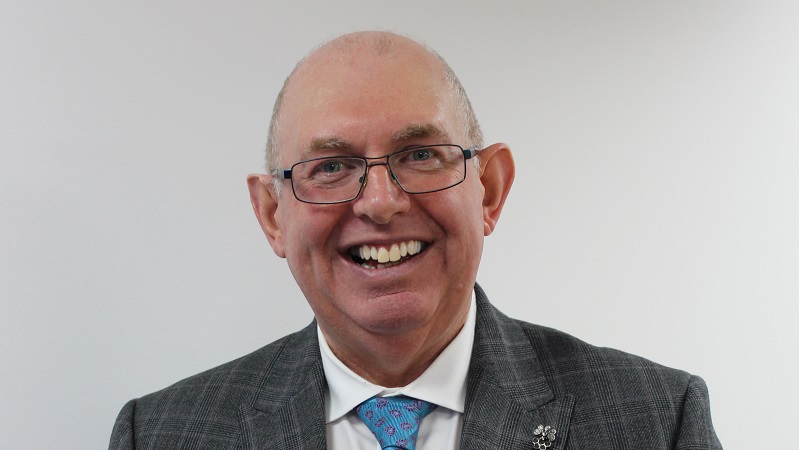 Portsmouth College principal Steve Frampton has been announced as the president-elect of the Association of Colleges.

He will take over from current president Dr Alison Birkinshaw at the end of her one-year term on August 1.

Mr Frampton, who the AoC says has a “lifelong passion” for post-16 education, has over 39 years’ experience in the FE sector and has been the boss at Portsmouth’s grade two sixth-form college since 2005.

His extensive career has been recognised at the highest level, after being awarded an MBE for services to education in the New Year honours list in 2017.

“I am truly honoured and grateful to be given the opportunity to be the next president of AoC – it is an organisation that delivers so much value to the FE sector,” he said.

“I would like to acknowledge the excellent work Alison has done this year, building on the amazing work Ian did previously. I am aware I have an impressive legacy to uphold but will strive to carry on the brilliant work of previous presidents.”

He hopes as part of his role he will be able to visit more colleges, and meet with “you, your staff, governors and students to see how the AoC can even better support the brilliant work you are doing”.

He has been the director of several local community charities, including Business South and PiTC – the community arm of Portsmouth Football Club, and was also recently appointed to the National Board of Association of Colleges.

David Hughes, chief executive of the AoC, said he is “looking forward” to working with the president-elect.

“He will be a great advocate and help us to amplify the importance of colleges to the health and prosperity of our communities and the economy,” he added.

“Steve’s extensive range of experience, his enthusiasm and the skills he has learned over 39 years in our sector will have massive benefits for the FE community over the next year.”

The AoC’s president serves for a one-year term to promote colleges to government ministers to try and influence their decisions when making policy.