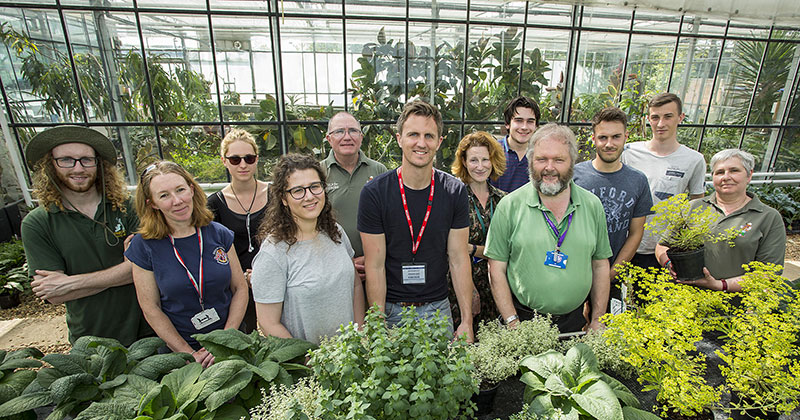 A team of horticulture students are working alongside war veterans to create a garden for this year’s Chelsea Flower Show, reports Samantha King.

The ‘Force for Good’ garden is being designed and created by learners from Sparsholt College in partnership with the charity Help for Heroes. It will document the journey of recovery faced by ill or injured British Armed Forces personnel and their families, represented in three sections: surviving, stability and support.

A soundtrack of white noise will convey chaos and confusion in the surviving section, with visitors then experiencing nature sounds and music as they progress through the garden. The positioning of plants and landscaping will be used to convey the theme of rehabilitation.

Former members of the military who are a part of the Help for Heroes’ gardening club at Tedworth House are working alongside the students to bring the design to fruition, with many having used gardening to aid their own recovery. 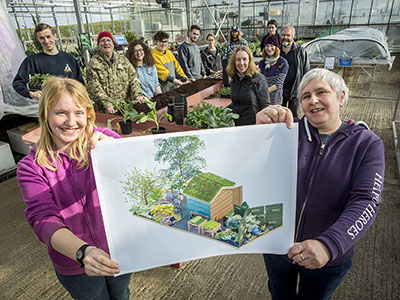 “The students interviewed the veterans, and we asked the wider veteran community to submit ideas for the garden,” explained Chris Bird, a horticulture lecture at Sparsholt, who is leading the team. “We then welded everything together with things that will work in a Chelsea environment.”

The garden has been in the planning for around 10 months, and the team of nine students and six veterans will start building it on May 15 ahead of the official public opening of the RHS Chelsea Flower Show on May 22.

Discussions are currently underway between the college and Basingstoke and North Hampshire Hospital about siting the garden as a permanent feature in their grounds after the show.

“We’re very keen that the garden doesn’t just finish when the show finishes. The hospital has a ward which is for serving military personnel, and they have a courtyard space which is a bit of rough grass at the moment,” added Mr Bird.