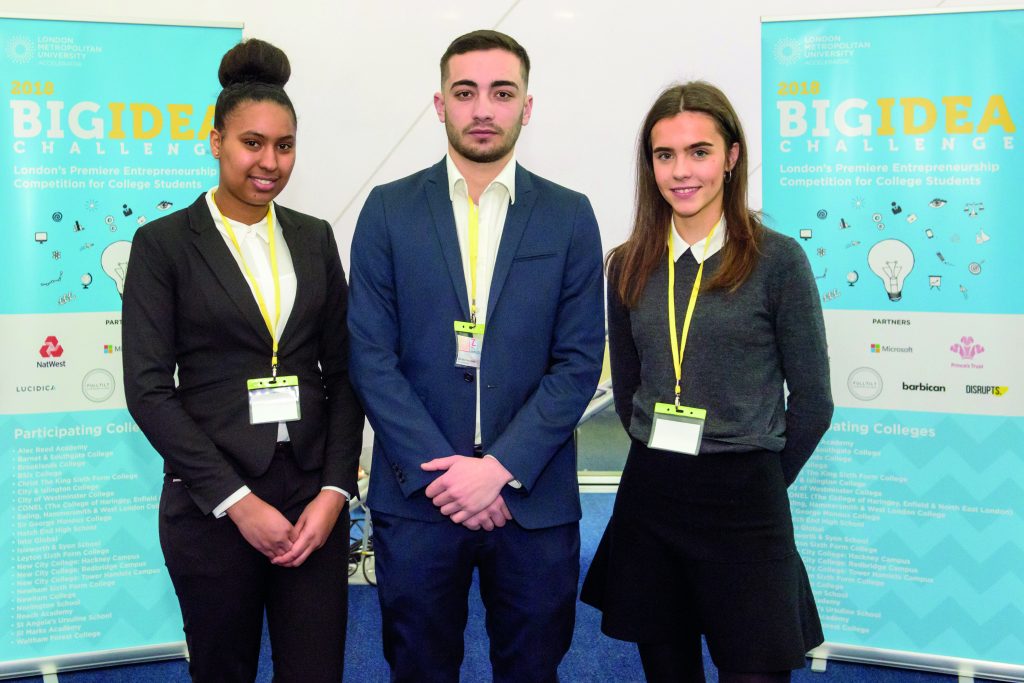 A trio of business students from north London have reached the finals of a national innovation challenge with a safety device inspired by the Grenfell Tower disaster.

Their invention, called the “safety Jumping Bag”, is a giant airbag that lets people jump from high buildings without injuring themselves, and can be deployed in situations such as fires and earthquakes, where emergency services are struggling to reach.

The team from the College of Haringey, Enfield and North-East London are up against 20 other colleges from across the UK in the final round of the Big Idea Challenge, after impressing judges with their original idea and business plan.

The winning team in the competition, run by London Metropolitan University, will get the resources to make their product a reality, including free websites, business mentoring and internships.

“We’re aiming to sell this product to developers who would pay the full amount, directly to councils and governments for half price and the fire services, who will have a mobile unit on the back of their trucks,” explained 22-year-old team member Melany Monteiro Moniz.