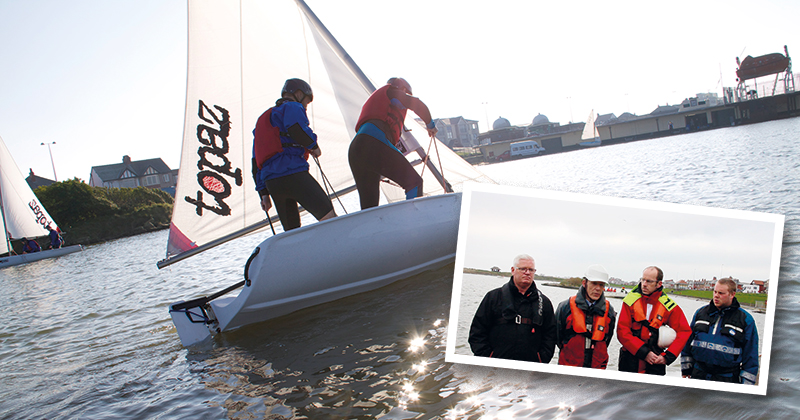 A group of maritime teachers put their lifesaving skills to the test when a standard survival exercise was interrupted by an emergency.

The group, including one student, from Blackpool and the Fylde College’s Fleetwood nautical campus rushed to the rescue of a family whose daughter and five-month-old baby, still in its pram, fell into a seafront boating lake, followed by their mum who was attempting to pull them out.

The drama unfolded while the group were undertaking sea-survival training with students nearby.

“When you work in this area you have the skills and training to provide assistance in rescue situations. We’re just pleased we were able to help and the family were all ok,” said John Bradbury, a lecturer who has worked at the campus for 49 years. “Our student Phil was also able to use his expertise in paediatric care to help look after the baby.”

Following the incident, the kids’ father, who was at work at the time of the incident, returned to the scene to thank the team, and give a £50 donation to a charity chosen by them.