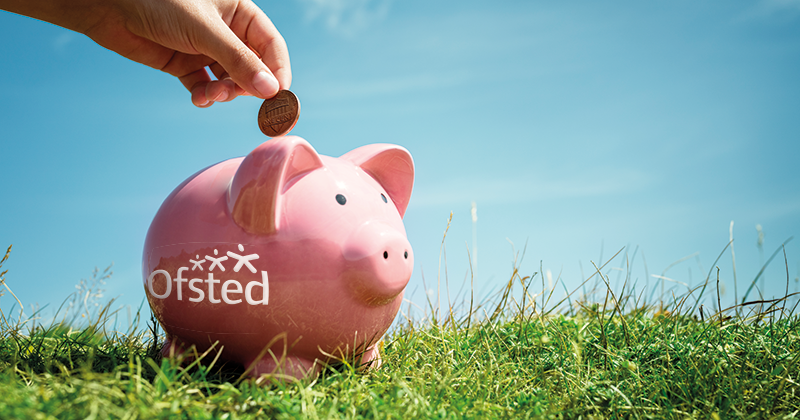 Ofsted will save around £400,000 during the next academic year by elongating the maximum period between inspections for ‘good’ providers from three to five years, it has told FE Week.

This change in inspection policy was revealed in the April edition of the learning and skills inspection handbook.

“As now, we will take into account risk information in deciding the timing.”

The watchdog has reviewed its inspection frequencies to “ensure we are using our resources effectively and efficiently so that inspection is intelligent, responsible and focused”, he added.

Apprenticeship numbers and Ofsted funding are going in opposite directions

The inspectorate is having to look at where it can make savings and stretch already limited resources, as provider numbers increase.

A major source of additional pressure has been the proliferation of government-approved apprenticeship providers.

Chief inspector Amanda Spielman admitted to MPs on the Public Accounts Committee in January that she was trying to secure extra public funding because of this.

The House of Commons education select committee also heard in the same month from Joe Dromey, a senior research fellow for the policy think-tank IPPR, that apprenticeship numbers and Ofsted funding are “going in opposite directions”.

The total number of providers on the register of apprenticeship training providers increased to 2,588 last month. This was after a further 13 organisations were unexpectedly added, five months on from when the third and most recent window of opportunity to get onto RoATP closed.

The Ofsted inspection handbook explains how the extended gap between inspections will work in practice.

“Providers judged good for overall effectiveness at their most recent inspection will usually be inspected within five years of their last inspection,” it states.

“This will normally be a short inspection, but may be a full inspection where information suggests that this is the most appropriate course of action, for example if the provider’s performance has declined.”

Ofsted introduced short inspections for FE providers that were judged ‘good’ at their last inspection in September 2015. It claimed these two-day visits would allow for more frequent and effective monitoring than traditional five-day full scale inspections.

But they were viewed by some as a cost-cutting measure, and have attracted criticism for their limited scope and predictable outcome.

Short inspection reports almost always return a ‘good’ verdict, though they can be extended to a full inspection if serious problems are found and a lower grade is deemed appropriate.

Former Ofsted inspector Phil Hatton, who now works as an FE consultant, accepted that lengthening the maximum period between inspections for ‘good’ providers would save precious resources.

But he claimed it “really will lessen the grip on ensuring quality, as many will have had short inspections and then a possible five year gap”. Ofsted has denied this.