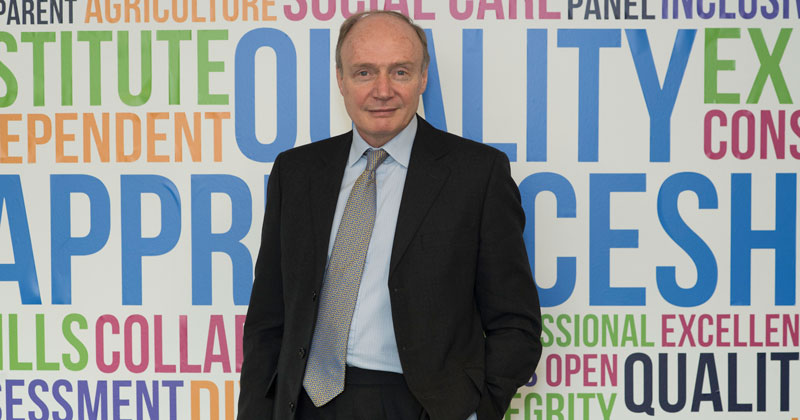 The Institute for Apprenticeships is now the external quality-assurance provider for a massive 45 per cent of all fully-approved apprenticeship standards, even though it sees itself as the option of last resort.

This makes it by far the most popular option among employer groups developing the new apprenticeships, through a service provided on its behalf by Open Awards, whose contract has just been extended by six months from its original March end-date.

“We have a contract in place with Open Awards to deliver EQA on our behalf until September 2018,” an IfA spokesperson told FE Week.

The institute has been keeping this provision “under review” and would “assess these arrangements” nearer the end of the contract period, she said.

EQA is the process that ensures apprenticeship assessments are consistent and reliable, and that they deliver the right outcomes.

We are confident that the current arrangements are appropriate and sufficient

The IfA is one of four options from which employer groups can choose to provide this service.

According to the Department for Education’s strategic guidance, published in April 2017, the IfA was originally intended to be chosen “only in instances where alternatives are not viable”.

According to the latest Education and Skills Funding Agency figures, the IfA is named on 113 fully-approved standards.

That’s almost as many as the other options combined: 49 standards name the employer-designed model, while Ofqual is named on 33 and a professional body is named on 31 standards.

One standard names a professional body partnered with the exams regulator, and the Quality Assurance Agency, which regulates some degree apprenticeships, is named on eight standards.

A further 19 standards are yet to have a named EQA provider.

The IfA’s share of the market has more than doubled since FE Week reported on the issue in August last year, when it stood at 19 per cent.

A spokesperson denied that the IfA was worried by its popularity, and insisted it was “focused on delivering a high-quality service for our customers”.

The IfA is in “regular dialogue” with Open Awards “to ensure that they have the resources in place to deliver EQA”.

“We are confident that the current arrangements are appropriate and sufficient. We will continue to review our model for delivering EQA and the resource behind this as end-point assessment numbers continue to grow,” the spokesperson insisted.