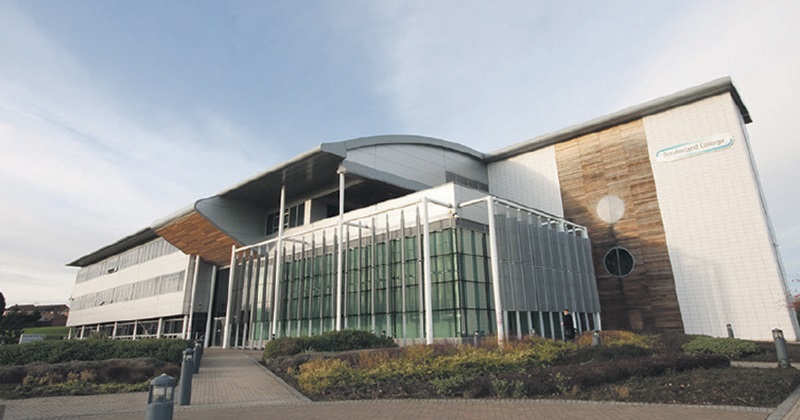 An ex-chief executive of a training provider and two of her former colleagues have been sentenced to a total of more than 10 years in prison for defrauding a college and a private provider out of almost £460,000.

Joanne Mounter, Paula Bolan, Kym Adrian Norman, who all worked for Team Wearside, were each convicted for their part in a scheme in which they created large numbers of fictitious learners to fraudulently invoice funding providers.

Ms Mounter and Ms Bolan were both sentenced to four years and four months at Newcastle Crown Court, while Mr Norman received a term of two years and eight months.

The two women admitted to one charge that they – along with Mr Norman – had “dishonestly and intending thereby to make a gain for themselves or another” invoiced Sunderland College for a total of £304,858 between July 2014 and December 2015.

The pair also pleaded guilty to “making representations to Springboard through invoices presented, namely that a total of £154,674.01 was payable, which was and which they knew was untrue”.

Ms Mounter was also convicted of a third charge of fraudulently obtaining a hire purchase agreement through Mercedes Benz finance.

The charges related to their former roles at Team Wearside, a training provider and charity based in Sunderland, where Ms Mounter was chief executive, Ms Bolan was quality and compliance manager, and Mr Norman was an assessor.

Ms Mounter and Ms Bolan were both “actively involved in using false data to claim funding with Springboard and Sunderland College”.

Mr Norman, as assessor for waste management training, signed off a number of these false registered learners and therefore “must have been aware of these multiple irregularities”.

Ellen Thinnesen, principal and chief executive of Sunderland College, said: “We are deeply disappointed by the actions of individuals we had grown to trust. These were people we had worked with for a number of years, whose work was regularly appraised – as all of our subcontractors work is – but who had, between them, devised a well-orchestrated scheme that sought to purposely deceive and defraud a number of organisations they worked with.”

Team Wearside, a training charity, provides apprenticeships and traineeships to a range of sectors including health and social care, and hospitality and catering.

David Barker, the chief executive of Springboard, said he “welcomes the outcome of today’s legal proceedings against the people who betrayed our trust and fraudulently claimed funds from our charity”.

“Springboard will continue to support the development of sustainable communities, where people have the skills they need for work and life. The selfish acts of a few individuals will not deter us from our mission,” he added.

“At the time of these offences, each of these defendants held trusted positions within a respected organisation, providing vital assistance to those seeking employment. They exploited that trust for their own personal gain, with no thought to the consequences of their selfish actions,” said Lynsey Colling of the CPS.

“Once their fraud came to light, the reputation of the Team Wearside was irreparably tarnished. The victims of this fraud were left with little choice but to cease working with the organisation.

“The effects of this fraud on Team Wearside were devastating, leading to the loss of over 40 jobs and the now imminent closure of the charity.”

However, both lead providers told FE Week in October that Team Wearside was no longer subcontracting for them.