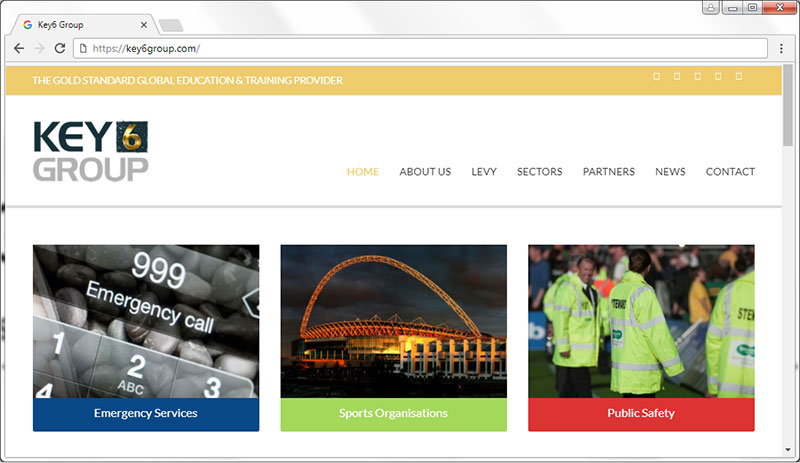 The first of a new wave of Ofsted’s early-monitoring visit reports on newcomers to the apprenticeship market has been brutally critical of training that is “not fit for purpose”.

The inspectorate’s stark criticism of Key6 Group is all the more striking because it has high-profile apprenticeship levy contracts with Liverpool Football Club and charity giant Mencap.

The provider began “swiftly recruiting apprentices in a relatively short space of time” after it joined the government’s register of apprenticeship training providers last March.

Inspectors heard apprentices complain they were “not learning anything new on their apprenticeship”.

Instead, they “shoehorn existing work in a portfolio to get a free qualification”.

The large majority of apprentices are not even aware that they are an apprentice, and identify themselves as studying a level five management course

Key6’s apprenticeships “are not fit for purpose”, and most people receive “a poor standard of training”.

The “vast majority” of apprentices said “their programme is not meeting their needs”, while directors were “slow to act on the negative feedback”.

“The large majority of apprentices are not even aware that they are an apprentice, and identify themselves as studying a level five management course,” the report said.

Company leaders were “unjustifiably optimistic” that they were presiding over “high standards of teaching, learning and assessment to apprentices”, and marketing literature promoted the group as a “gold standard global education and training provider”, Ofsted noted.

Craig Pankhurst, the provider’s managing director, has now complained to Ofsted about the report.

He said there had been “positive dialogue” with the ESFA, which would not comment before FE Week went to press, and welcomed “their advice and guidance”.

“We understood the Ofsted monitoring visit to be developmental and balanced. The lack of either forms part of the reason for Key6’s complaint,” Pankhurst said. “We acknowledge we are a young organisation which inevitably will go through continuous improvement. We embrace constructive feedback and criticism to enable the quality of our delivery to be maximised.”

Mencap told FE Week about the unhappiness it feels with the provider.

“Despite a thorough procurement process, we have been disappointed with the quality of training and other aspects of apprenticeship provision being delivered and have communicated this to Key6,” said its representative Alton Hobbs.

The charity had “conducted a thorough review of the provision of training by Key6 and some of our managers undertaking the training participated as part of the Ofsted monitoring visit”.

Mencap is now “in the process of assessing our contractual options”.

Key6 launched in 2015 and provided training for 208 apprentices at the time of Ofsted’s visit.

It does not appear on the Education and Skills Funding Agency’s 2017/18 allocations list, which indicates that its apprenticeship funding all comes directly from levy-paying employers.

The levy was launched last April. It is only paid by employers with an annual payroll of £3 million or more, who use it to fund their apprenticeship training.

More than three quarters of Key6’s apprentices were enrolled on management or leadership apprenticeships at levels three, four and five at the time of the visit.

I do want to reassure you, our existing and experienced providers, that Ofsted will be monitoring these newcomers closely

There is mounting concern about the proliferation of largely untested apprenticeship providers, following roll-out of the levy and associated reforms.

Sixty-six new companies – of which Key6 was one – are listed on RoAPT as a “new organisation without financial track record”. When it applied in early 2017, it had not even filed their first accounts.

“While it is early days in terms of understanding the volume of new providers entering the apprenticeship market, I do want to reassure you, our existing and experienced providers, that Ofsted will be monitoring these newcomers closely,” Ms Spielman told delegates to the last Association of Colleges conference six months after the levy was established.