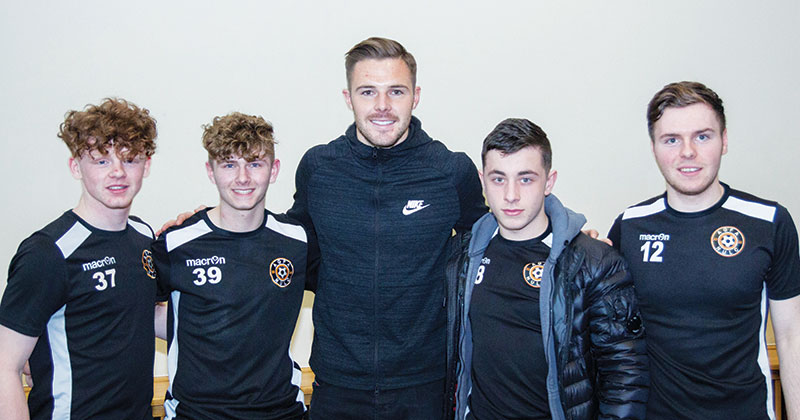 Stoke City’s main man Jack Butland was given a tour of the college’s sporting facilities and even took part in a training session with learners at the college’s Andy Griffin Football Academy.

To round off his trip, Mr Butland took part in a Q&A session with 120 football fans from the college. Questions included “who is the best striker you’ve ever played against?”, “what has been the best Stoke City performance this season?” and “how do you prepare for big games?”

“It was fantastic for so many of our students to have the opportunity to meet a top-class sportsman who competes at the highest level,” said Karen Dobson, principal and CEO of Newcastle and Stafford Colleges Group. “Jack is a fantastic role model and someone who will no doubt provide inspiration to many of our elite sporting students who aspire to follow in his footsteps.”