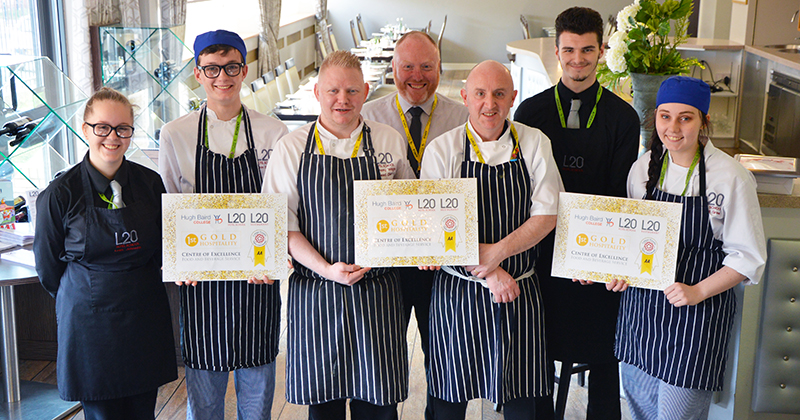 A college’s on-site restaurant has become the first in Liverpool to achieve gold accreditation from People 1st.

The L20 hotel school and L20 restaurant at Hugh Baird College was also awarded ‘centre of excellence’ status for the quality of the training it delivers to aspiring chefs, as well as its links with the catering industry.

The restaurant was also placed at the “top end” of the college rosette award scheme by AA inspector Garry Baldwin, who presented it with a ‘highly commended’ award.

“To be the first college in the region to be awarded gold accreditation and named as a centre of excellence really does recognise the hard work we put in,” said Stephen Otty, the curriculum coordinator at L20 hotel school.

“The school was launched to address the hospitality skills gap of the ever-growing visitor economy of the Liverpool City Region and we continue to do this in spectacular style year on year,” added Yana Williams, the college’s principal and CEO.

The college’s L20 restaurant currently has a five-star rating on trip advisor.