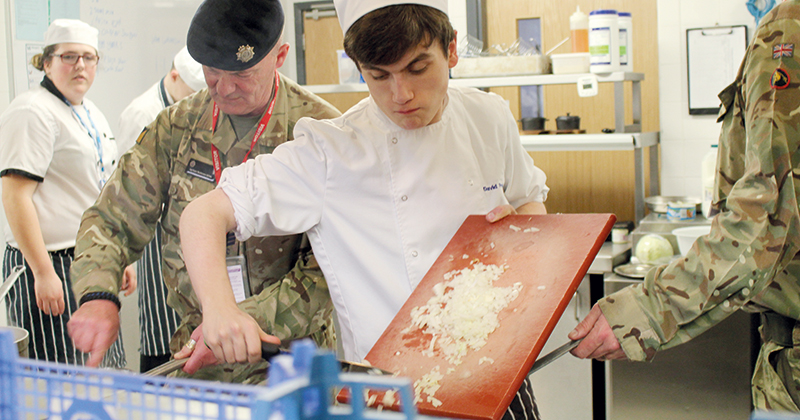 Catering students experienced the world of military cooking after a visit from the army’s 167 Catering Support Regiment.

Under the watchful eye of the team of military chefs, the Warrington and Vale Royal College learners used basic rations to whip up nutritional dishes that could support a soldier in the field, including pasta, stews and flapjacks made with tinned and long-life produce.

Students also had the opportunity to ask the army chefs about the career options available in the forces, and heard about their experiences in a field kitchen.

“This was a great opportunity for our students to see what it’s like to work within the armed forces as a chef. It’s a career option that many of them had never thought about before,” said Andy Macleod, the college’s curriculum manager for hospitality and catering.

“Using the ration packs to produce a meal was really interesting – we all loved it,” added student Maddie Hannam.

The college hopes to take students on a visit to the 167 regiment’s Lincolnshire-based barracks over the next few months.