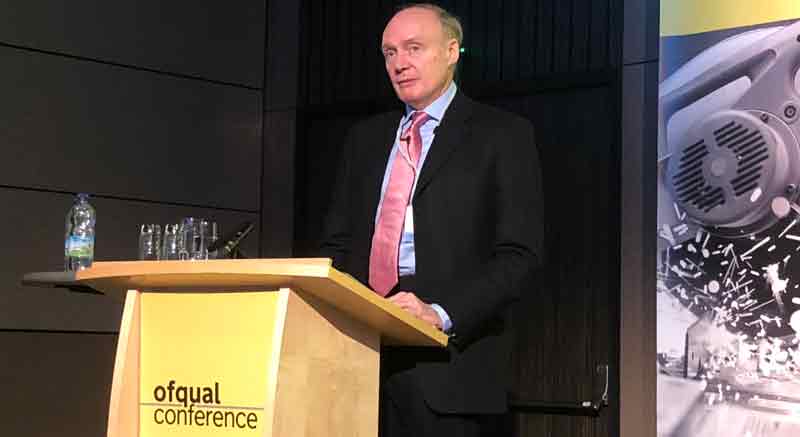 The Institute for Apprenticeships’ new boss has hit back at “vested interests” who he claims want to see the reform process fail.

He admitted that some criticism levelled at the IfA, which launched last April, was “fair”, but he stressed there were important mitigating circumstances relating to the much-criticised slow approval for employer-developed new apprenticeship standards.

He insisted that “the institute was trying to perform this while still building its own capability”, by “using processes inherited from when the DfE previously performed the function”.

This process meant waiting for officials to check standards criteria, and then for ministers to sign them off.

“You should also understand some of this criticism is a convenient proxy, used by those who resent paying the levy, but wouldn’t want to be seen as reluctant taxpayers, and also by some delivery organisations who will lose out with the reforms and have no interest in branching into standards,” he said.

“There’s no shortage of vested interests here, so when you hear such criticism be just a little bit sceptical.”

There’s no shortage of vested interests here, so when you hear such criticism be just a little bit sceptical.

The IfA launched its Faster Better initiative before Christmas specifically to “streamline the approvals process”, he said

The initiative that kicked off Sir Gerry’s reign was billed as an assault on government red tape, with a promise for “faster standards development”.

Sir Gerry also accepted that there had been a “wobble” with apprenticeship starts since the levy was launched last April, but he predicted this would redress itself as increasing numbers of large levy-paying employers start recruiting .

He added the slowdown could be partly attributed to the adjustment process, as significant numbers of employers and providers shift from old apprenticeship frameworks to new employer-developed standards.

“Given that this was always the aim to transition from frameworks to standards, we shouldn’t be surprised or disappointed by this outcome,” he said. “This is actually a manifestation of a plan working.”

He did acknowledge a “sense of frustration among some employers”, and accepted that some employer groups had criticised the IfA “for being slow and bureaucratic with approving new standards”.

“The period between now and the summer is critical,” he went on. “The service improvement Better Faster work is being rolled out and trailblazers I’m sure will see a higher quality and more consistent service enabling new standards to be approved much more quickly.”

As much as we can do to improve our processes, the real gains were to be made are in helping trailblazers get it right first time

He said research had shown that “about 70 per cent of the time involved in developing new standards was spent with the trailblazer groups and about 30 per cent with the institute”.

“So as much as we can do to improve our processes, the real gains were to be made are in helping trailblazers get it right first time,” he added.

“A lot of the Better Faster work is in helping employers do that.”