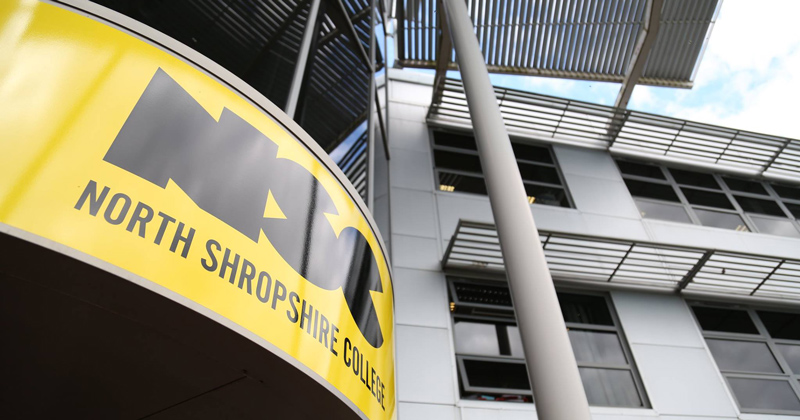 A cash-strapped college in line for a multi-million pound emergency bailout has announced plans for a make-or-break merger – its second attempt at finding a forever partner.

North Shropshire College, which is currently consulting on proposals to merge with Herefordshire and Ludlow College, expects to receive £3 million in exceptional financial support to ensure that “adequate cash balances will be in place until December 2018”, according to its 2016/17 accounts.

Speaking exclusively to FE Week, Ian Clinton, North Shropshire’s interim principal, said the college needed the cash as its “merger plans were delayed whilst our board sought a suitable partner college”.

It had been set to join forces with Reaseheath College but – as previously reported by FE Week – these plans fell through in August after the colleges failed to secure government cash to support the merger.

Ian Peake, Herefordshire and Ludlow College’s principal, insisted he was “confident that the two colleges together can be sustainable in the long term, financially”.

But he admitted the colleges needed even more cash – this time from the restructuring facility – to “get over the initial hurdle of both the debt and the gap between income and expenditure”.

The restructuring facility was originally designed to provide funding to support colleges to implement post-area review changes, but is increasingly being used to prop up struggling colleges.

North Shropshire’s 2016/17 accounts, seen by FE Week, revealed it to be in dire financial straits, and dependent on the merger and further government bailouts for its future survival.

They highlighted a “material uncertainty” over the college’s “ability to continue as a going concern should the exceptional financial support not be received and/or should the merger not take place as expected on August 1 2018”.

The accounts showed the college had an operating deficit of £1.85 million on a turnover of just over £9 million, along with debts payable within one year of more than £6.1 million.

It was rated grade three at its last Ofsted inspection in May – up from its previous ‘inadequate rating’.

At the time the accounts were approved, on December 15, the college was involved in a structure and prospects appraisal to identify a new merger partner – subsequently announced as Herefordshire and Ludlow College.

According to the consultation document, the merged college will take advantage of “economies of scale” to “direct the vast majority of its resources to front-line services”.

Consultation on those proposals opened February 5, with the actual merger set to take place on August 1.