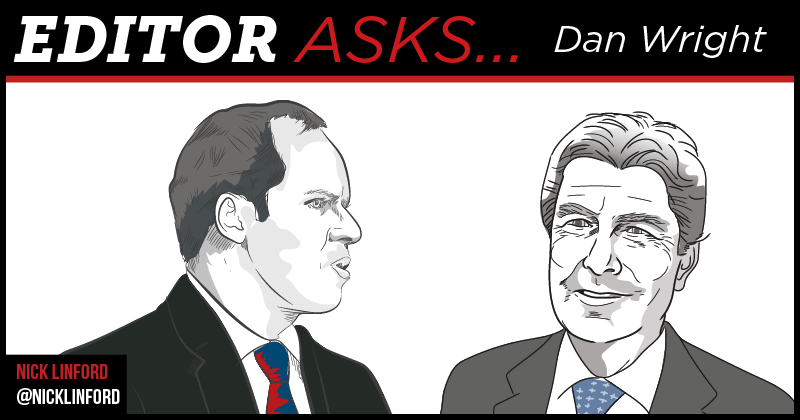 The Chartered Institution for Further Education, the brainchild of the former skills minister John Hayes, was first conceived back in 2012, to get high-achieving FE providers the royal seal of approval.

But almost six years later – and more than two years after it first started accepting paying members – just eight providers have been awarded “chartered status”. A Freedom of Information request has revealed that the institution has received more than £1 million in public subsidy, and is still being propped up to the tune of £210,000 a year.

FE Week’s editor Nick Linford caught up with the institution’s chief executive Dan Wright to talk about how it plans to recruit more members, and what’s in it for providers.

Why is the CIFE still receiving public money?

Quite simply, it doesn’t yet have enough members. Mr Wright acknowledges that a “lot of time” has been spent on “setting up the institution and getting it through the privy council”, and “determining the body as something that’s going to add value to the sector”, but he admits there is still “a big task for us to do”.

Part of the challenge is that providers, grappling with issues like the apprenticeship levy and the non-levy tender debacle, are telling him “we’ve got our plates full at the moment”.

He has a plan, however, agreed with the Department for Education last summer, setting out how the institution will be self-sufficient by mid-2019.

“We needed to make the plan realistic but acceptable to the department, so they knew we had a date by which we would be free of government funding,” he says.

How will the CIFE survive without public money?

Mr Wright’s goal is to have 80 members, which would make it “completely free” of government subsidy.

Although that’s a massive jump from the institution’s current membership of just eight, he’s “very confident” he’ll meet that target.

The “current pipeline” – which he says is “pretty much in line” with his plan – “is that there are seven applications which are currently being considered, a further eight which are on the point of being submitted, and as of today’s date, 45 organisations we are in active discussions with”.

Each prospective member pays a £3,000 fee to have their application assessed – a process that involves a financial assessment as well as evaluation against the institution’s quality criteria – and a further £5,000 a year in membership fees.

The DfE is “reviewing the progress against the plan, and they hold my feet to the fire in terms of are we progressing against it”, Mr Wright says.

How do you counter the criticism that the CIFE is elitist?

He acknowledges that some people might see the CIFE as elitist, although that’s not how he wants it.

Mr Wright tells me that the institution’s chair, Lord Lingfield, “wishes to present it in that way” – but is quick to defend the approach himself.

“Academic dress is a common fact of higher education – why shouldn’t it be for the FE system?” he points out.

“To have a royal charter is something which is unique to the sector and something which doesn’t exist elsewhere,” he adds, suggesting that the “sector can take advantage of that in terms of raising its profile externally”.

What’s the relationship between Ofsted grade and membership?

The institution’s criteria are for members to be rated grade one or two – but when I push him, it turns out things aren’t quite so clear-cut.

It’s certainly “correct” to say that no grade three provider can become a member, he says.

So what happens if an existing member falls to a grade three?

“We would have a discussion,” he says. “We’d review where they’d fallen down and where the issues are. Then that would be a matter for the council to discuss as to whether their membership would continue or not.”

While this might surprise some, he insists that quality is about more than just an Ofsted grade – with other factors including “financial sustainability, whether organisations work in the right way, in an ethical way, and whether they treat their people well”.

What’s the advantage for a college or training provider to gain chartered status?

“The use of the charter mark with employers is a powerful thing,” he insists.

They’re often “bombarded with a lot of approaches” from training providers, and struggle to “determine what good provision is”, he explains – so chartered status can help “employers make clear decisions” about which provider to use. It’s also about showcasing best practice and celebrating the achievements of the sector.

“To me there’s just not enough of that,” he says. “We tend to gravitate towards the lowest common denominator – lots goes wrong, and that tends to mask what goes really right.”

Ultimately, he says, his goal is for “earned autonomy”, in which chartered status is seen as the “quality standard” for the sector.

“There ought to be a need for less intervention by having proved that you’ve been through a rigorous process and you’re committed to abide by a code of conduct which is going to sustain that quality throughout it.”