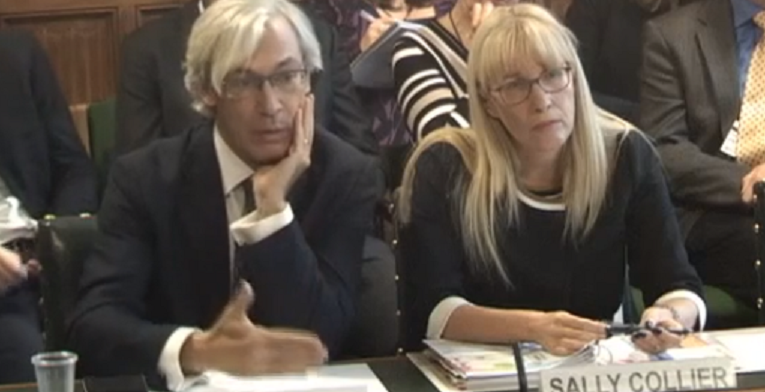 Ofqual will play a vital role in regulating T-levels, the chief regulator has said.

Sally Collier, who was appointed to the top role at watchdog in April last year, appeared before the education select committee this morning, where she was asked by MPs about the role that Ofqual will play with the new “gold standard” technical qualifications.

The government has been vague so far on the issue, but Ms Collier has now laid down a marker.

“We are the independent regulator for England and we anticipate regulating the qualifications within T-levels,” she told the MPs on the committee. “We would expect to regulate them and feel strongly that they should be.

“We will be working very closely with the Institute for Apprenticeships to ensure that our respective duties and powers are clear and that we can work alongside them to regulate them.”

The material put out by the Department for Education so far on T-levels has barely mentioned Ofqual, largely focusing instead on the importance of the Institute.

Ms Collier’s comments have been viewed by some in the sector as an indication that she wants a space at the table, stressing her organisation’s determination to be involved with the process, as talks continue behind the scenes.

The T-level action plan published in October explained that the “overall regulatory and assurance system for T-level qualifications will be different from that for A-levels and GCSEs and other existing vocational qualifications”.

“Standards set by employers will systematically provide the benchmark for approval of qualifications and grade awarding,” it added. “We are working to ensure that design, development, approval and regulation join together to form a robust quality-assurance system which ensures that the new T-levels consistently deliver the outcomes which employers and students need.”

The only mention of Ofqual in the document was in reference to the consultative role it will play in the development of the qualifications through the T-level stakeholder advisory group.

According to the minutes of its board meeting on November 15, the IfA will not now adopt responsibility for T-levels until the end of 2018, rather than in April as was previously expected, as the government delayed the first courses for a year until September 2020.

The first two T-level pathfinder qualifications were expected to be approved by February 2019, with teaching beginning that September, and the remaining routes phased in from 2020 to 2022.

This timescale was criticised as unrealistic by major awarding bodies, and it emerged in July that the first T-levels would be delayed until September 2020 – a year later than planned.

Roger Taylor, who chairs Ofqual, also appeared before the education select committee. He was asked about the pace of implementation for T-level, and told MPs that an “ambitious timetable” was needed.

Ms Collier was also asked about concerns over difficulties with plans to secure three month work placement for T-levels. She said this was not a matter for Ofqual.

The Department for Education was approached for comment on the role Ofqual will play with T-levels. It referred us to the consultation document on ‘implementaton of T-level programmes’, published in November.

“We are working with both bodies [Ofqual and the IfA] to develop a coherent, robust assurance system that can make the most effective use of the available quality assurance levers and powers across the technical education system,” it said.