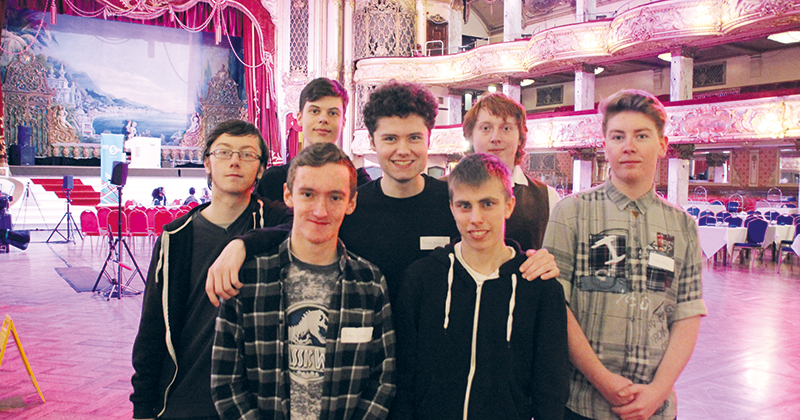 Lytham Sixth-Form College students have tackled their phobia of dancing during a segment on reluctant dancers on national radio.

Presenters on the BBC Radio 5 Live discussed whether men are too embarrassed to dance with a group of male sixth-formers at the ballroom of Blackpool Tower.

The students were given dancing tips from professionals and received advice on overcoming their shyness on the dancefloor by Dr Peter Lovatt, a psychology researcher who studies the effects of dancing on wellbeing.

“For me, it’s a personal thing where you’re putting yourself out there to be judged when you don’t have to,” said 18-year-old Ben Wilkinson during a discussion with presenters Nihal Arthanayake and Sarah Brett, as well as Dr Peter Lovatt and Taekwondo Olympian Lutalo Muhammad, who won Strictly Come Dancing for Children in Need.

“The producers specifically wanted students who aren’t keen on dancing, and I think many people can empathise with that feeling,” added Matthew Barr, the college’s associate head. “It was an interesting debate and I think the students involved really enjoyed setting aside those awkward feelings and learning techniques which might help them.”