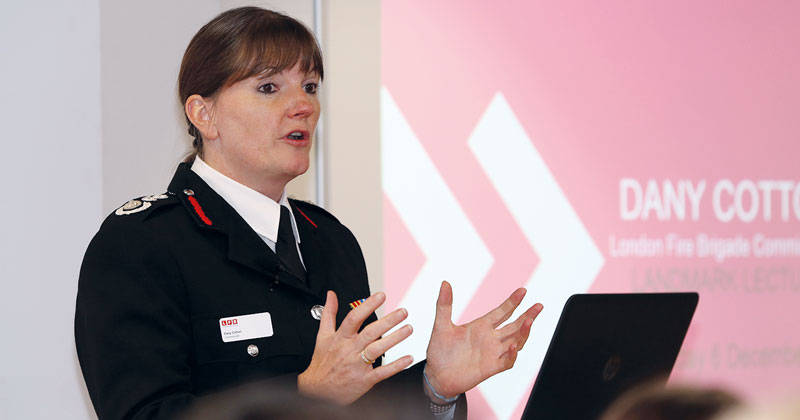 Dany Cotton, who began her career with London Fire Brigade in 1988, spoke about her experiences in the fire service to students at the college’s Bromley Campus, including being called to the Clapham Junction train crash the same year she joined the service, and the Grenfell tower disaster, which happened just six months into her role as commissioner.

Ms Cotton also covered the theme of women in leadership and management, dispelling myths that certain professions and sectors are male-oriented.

“Research has shown that women have been put off a career in the fire service because it is seen as a job for men. This is simply not true,” she said. “It is a job that can be performed by either sex as long as you have the physical and mental strength to handle the training and the dangers that the job brings. These are not qualities that are held solely by one gender.”