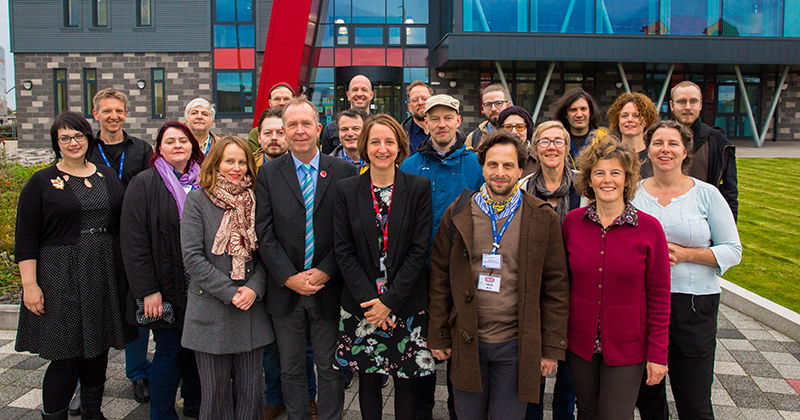 A science teacher who received an MBE for his services to science communication brought together 20 teachers from across Europe to Middlesbrough as part of an international STEM project, reports Samantha King.

Dr Richard Spencer, an A-level biology teacher and head of science at Middlesbrough College, invited 20 teachers from nine different countries to Middlesbrough, as part of a project to develop 30 new teaching and learning resources for design, science, technology, engineering and maths subjects.

Funded entirely by the European Union at a cost of €352,000, the three-year Erasmus+ project has brought together teachers from Estonia, Greece, the Netherlands, Slovenia, Finland, Portugal, Italy, Germany and the UK, to work in each other’s home countries. 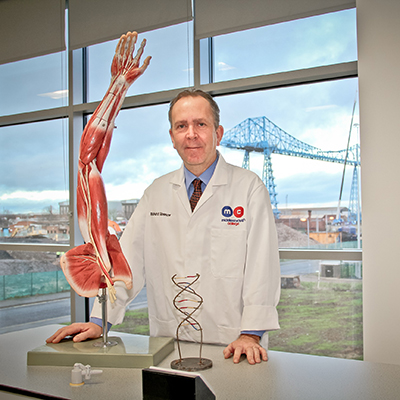 “My particular topic is about colour perception in animals and plant pigments,” explained Dr Spencer. “We did some brainstorming and looked at different areas of our own curriculum we would quite like to develop something from – colour was one of the things I was interested in. The challenge now is to try and expand that so it’s not so niche, and brings in other disciplines as well.”

The resources that are developed will be made available to schools and colleges in the UK, as well as in the countries of the international teachers involved after the project ends in summer 2019.

Beginning in December 2016, the project was first proposed by Estonian design teacher, Merit Karise, who approached Dr Spencer to be the initiative’s UK representative during the Varkey Foundation’s 2015 global teacher prize, in which they were both finalists.

“There was a bit of a question mark at the beginning around whether I could be involved because there was the Brexit vote,” Dr Spencer said.

“I just felt a little bit… you know… using European money for this project. But collaboration is fantastic. We’re such an eclectic mix of people. It’s really lovely to see these different disciplines being brought together.”

As part of the visit, the teachers went on a tour of Newcastle, the college facilities, and even saw the Tees transporter bridge, an example of what he says is “a wonderful feat of engineering”.

Despite receiving an MBE in 2010 and meeting the pope as a finalist in the global teacher prize, Dr Spencer is perhaps most revered by his learners for his classroom dances to aid comprehension, including the DNA Boogie (a take on the Jackson Five song ‘Blame it on the Boogie’).

Watch: the DNA Boogie in action