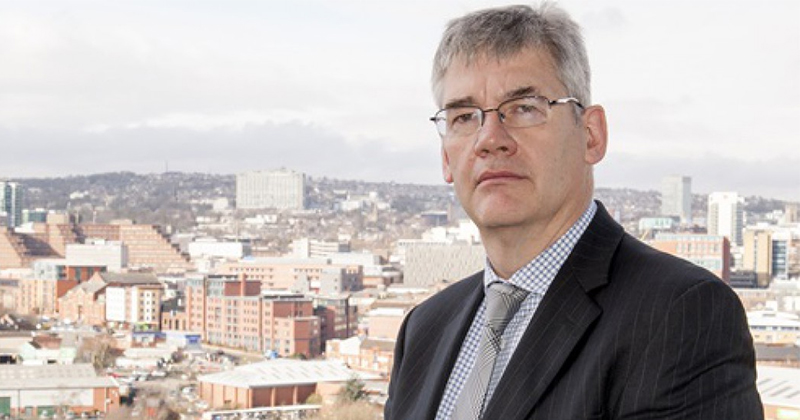 The chief executive of a large general further education college in the north of England has resigned.

The Sheffield College confirmed today that Paul Corcoran “has decided to resign” from his senior role, which he had held since June 2015.

A spokesperson for the 16-000-learner college said it had accepted his resignation, and installed principal Angela Foulkes – who only joined the college in September – as its acting chief executive and accounting officer.

“We wish Paul well and would like to thank him for his contribution to the college, which remains focused on its top priority of transforming lives through learning and providing an inspirational experience for students,” said Richard Wright, the chair of the college’s board.

Ms Foulkes was only appointed principal in June this year, having previously been vice-principal for curriculum and support at the Manchester College.

She has 25 years’ experience in the further education sector, holding senior leadership roles in a range of London colleges and as vice-principal at Barnsley College.

She took over at Sheffield from Heather Smith, who retired after 33 years at the college.

At the time, Mr Corcoran said: “Angela brings a wealth of experience, knowledge and expertise as we progress with investment in teaching and learning, and strongly position the college to respond to national changes in vocational education, training and skills.”

The learner college, which has been allocated £12.4 million for 2017/18, was rated ‘good’ by Ofsted when Mr Corcoran started as CEO in 2015, but slipped to ‘requires improvement’ in January last year.

The “effectiveness of leadership and management” was one of the headline fields rated grade three in the 2016 report, which rated apprenticeships and provision for learners with high needs as ‘good’.

Mr Corcoran and his senior team launched a consultation over the summer on controversial proposals for a staffing shake-up.

But at the same time they wanted to create “54 jobs by appointing 40 new roles and filling another 14 posts by lifting a recruitment freeze on vacancies”.

A local paper, The Star, reported on unease among employees about the way the restructure was being handled.

“We are reviewing our staffing needs and the curriculum so they align to significant changes in vocational education and to ensure that the college is strongly positioned for the future,” said Mr Corcoran a the time.

“Any job losses are regrettable. However, under the proposals we would create a significant number of new roles.”