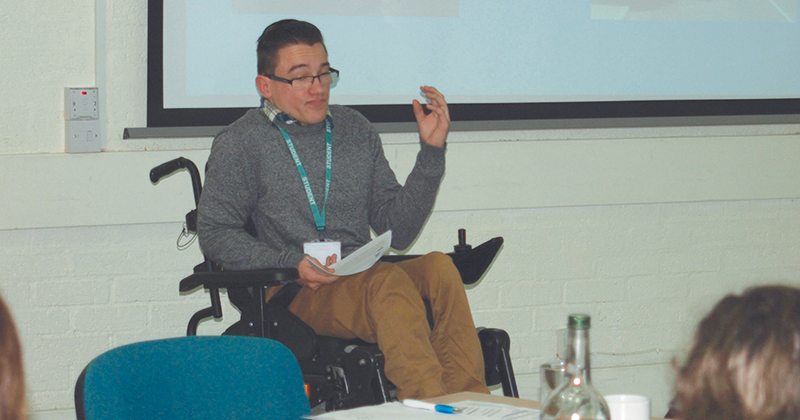 Students with disabilities and learning difficulties came together in Coventry for the second meeting of the Student Voice Parliament.

The event, organised by Natspec, a membership organisation for specialist colleges and independent providers, gives students a chance to raise awareness of the issues that are affecting them in their studies.

Concerns centred on accessibility and transport on the commute to college, and there was lively debate on how to make sure taxis use the appropriate safety belts on wheelchairs.

Two students from Hereward College, Harvey Duncan and Callum Klaptyi, spoke of a campaign they have launched to stop people parking on pavements in Coventry.

“We’re trying to raise awareness for people to think before they actually park on a pavement because it creates a danger for people who use wheelchairs and people cannot see,” Mr Klaptyi explained.

Twenty students from nine specialist colleges attended the event, which met for the first time in June.

“The voice of students with disabilities and learning difficulties is too often forgotten about,” said Emily Chapman, the NUS vice president for FE. “I’m here to speak to them directly and make sure we get their voices heard.”