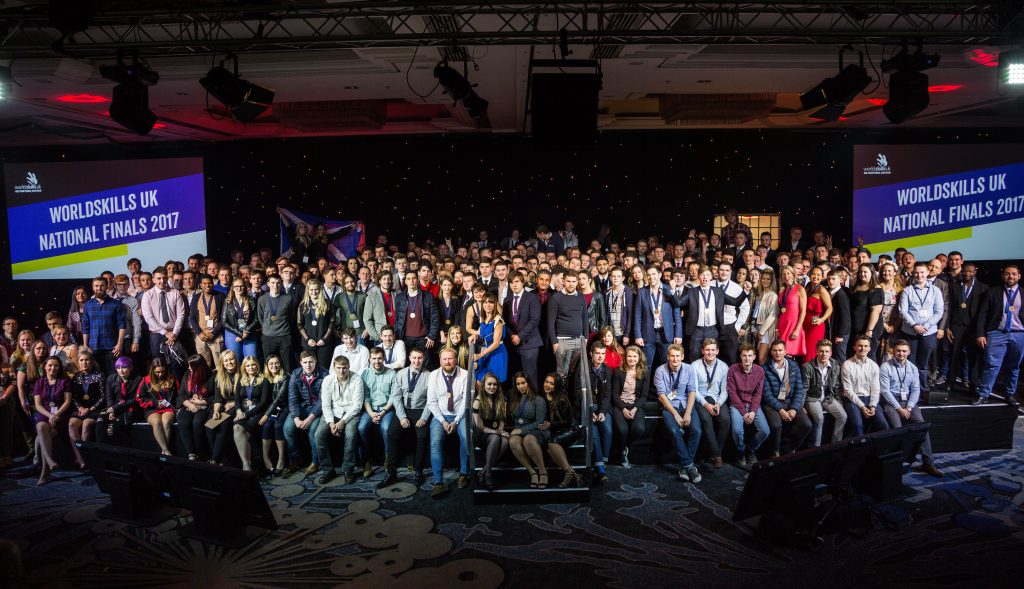 Nearly 200 of the UK’s most talented young tradespeople were rewarded with gold, silver and bronze medals at The Skills Show’s closing ceremony tonight – at which a Scottish college emerged as the biggest winner for the third year in a row.

Those that finished in the top three positions in 55 different skill areas, as well as 26 competitors with learning difficulties who participated in inclusive skills competitions, took home the top prizes after working tirelessly over the last three days.

It was City of Glasgow College, who finished second at last year’s show and first in 2015, which came out on top, with eight of their students claiming medals. They finished top of the official medal table with a total of 22 points (see full table below).

In second was northern Ireland’s Southern Regional College with a total of 17 points, followed by Scotland’s New College Lanarkshire, who came first last year, in third with 15 points.

The winners were presented with their awards at a special ceremony hosted by TV presenter Will Best.

“This has been a wonderful showcase for UK skills,” Dr Neil Bentley, chief executive of WorldSkills UK, said after the event.

“The competition was fierce and the standards very high – all the finalists have done brilliantly well just to get this far. All their hard work and dedication has been rewarded and we at WorldSkills UK salute you.”

Skills minister Anne Milton, who attended the event with several other Cabinet colleagues this week, said: “You have something amazing – WorldSkills UK is without doubt one of the most important organisations within my portfolio.

“Skills have never been higher on the government agenda.”

Many of the winners now have the opportunity to go forward and be considered for Team UK selection and represent their country in forthcoming international finals in Budapest and Kazan in Russia.

At the recent WorldSkills Finals in Abu Dhabi, known as the ‘skills Olympics’, Team UK finished 10th out of 77 countries.