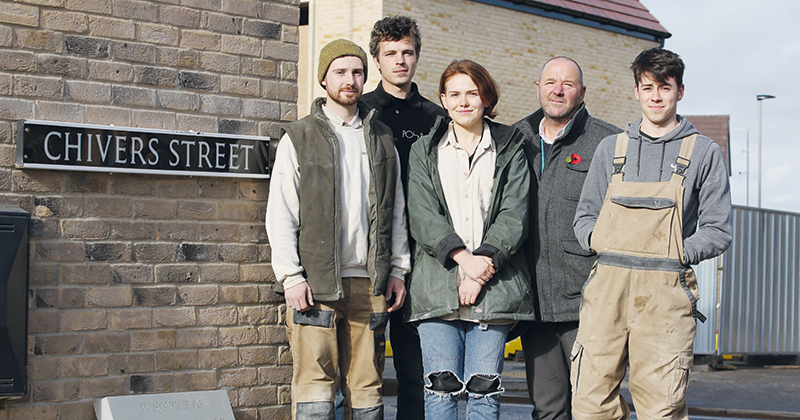 The four level three students from Bath College carved commemorative paving stones honouring the last surviving combat soldier of WW1 in any country, John “Harry” Patch, as well as William George Chivers and Herbert Charles Windell, who all grew up together in Bath’s Combe Down Village.

The stones will be placed around the area’s new Mulberry Park housing development, where each street is named after the men and marked with the commemorative stones.

The ceremony to unveil the first paving stones was attended by relatives of Mr Chivers, as well as college students, representatives of Combe Down Heritage Society, the Royal British Legion, Bath and north-east Somerset council and local MP Wera Hobhouse.

“It’s my way of paying respect to those who fought in World War I, especially coming up to Armistice Day,” said Jonny Stoker, a student who helped carve the stones. “I’m looking forward to visiting the site and seeing all the stones laid together in situ. I think that will give me a massive sense of achievement.”