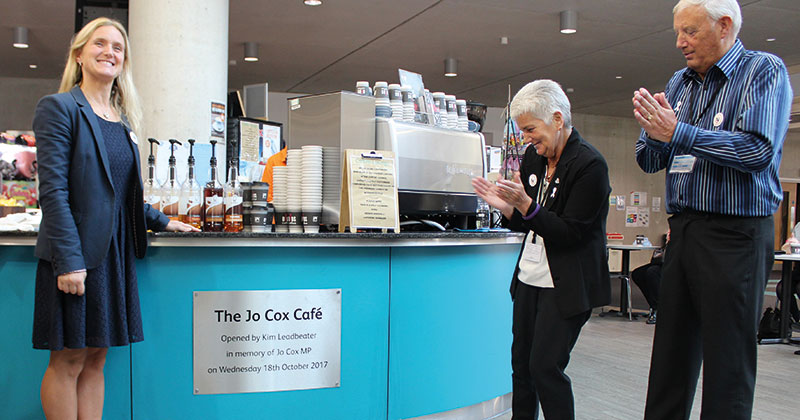 The sister and parents of the murdered MP Jo Cox have opened a café named in her honour at Bradford College.

The idea to name the café in memory of the former Labour MP for Batley and Spen came from some of the college’s social work students, who have just launched a new anti-hate crime campaign with Active Citizen Bradford.

Ms Cox’s sister, Kim Leadbeater, was a sports lecturer at Bradford College for 11 years, and officially cut the ribbon for the new site.

“I want people to come to the café but not sit and be sad about what happened. I want them to come here and create something positive because that’s exactly what my sister would have wanted,” she said. “Talk about how they’re going to make a difference in the world. That is what I would love to happen in the Jo Cox café.”

A film was shown at the launch urging people to stand up to hate crime, featuring key figures from the local area, including Naz Shah, the Labour MP for Bradford West.

“Renaming this café will be a permanent reminder that things aren’t always right in the world but if we club together there are things we can do about it,” said Andy Welsh, CEO of the Bradford College Group.