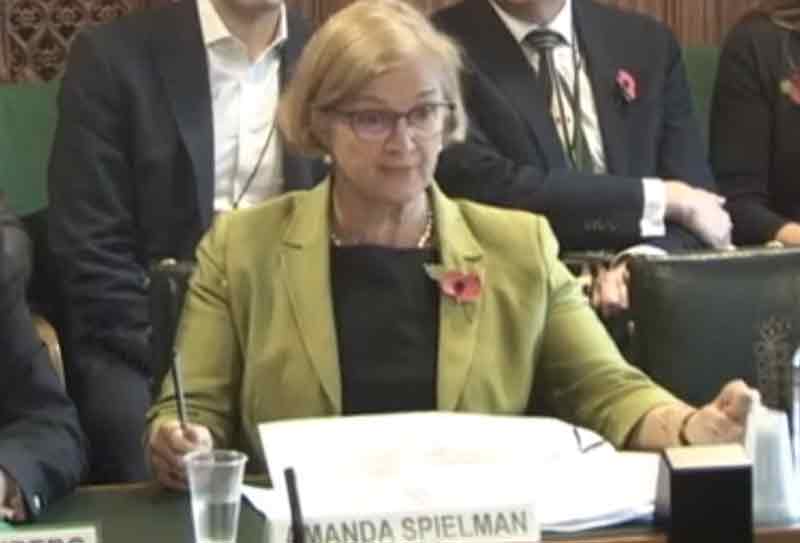 The head of Ofsted has acknowledged MPs’ concerns about how few subcontractors used by FE providers are inspected.

Speaking at a meeting of the education select committee today, Amanda Spielman accepted that she had a “number of concerns” about apprenticeship provision, and wanted to ensure that “cowboys”, “sharks” and “bottom feeders” do not take advantage of the system.

Committee chair Robert Halfon MP described it as a “huge flaw” that Ofsted does not inspect the vast majority of subcontractors, particularly after its annual report revealed that 37 per cent of apprenticeship trainers were not providing good quality learning, and described the situation as “pretty worrying”.

Ms Spielman agreed, adding: “There is a great deal we shouldn’t be comfortable about.”

She said Ofsted has “a number of concerns about apprenticeships and apprenticeship provision”, and that it generally inspects subcontractors “on a sample basis” through the inspections of lead contractors.

An FE Week investigation in July found that Ofsted had not directly inspected a single subcontractor, despite specifically changing the rules a year before to allow them to do so.

The former Skills Funding Agency warned as far back as 2010 that the arrangement was “prone to mismanagement and abuse”.

As of January this year, there were 1,200 subcontractors accessing £693 million in government funding. Of these, 161 had a contract worth over £1 million.

Ms Spielman said Ofsted had recently begun collecting “a whole different level of data” about subcontractors, and now has more information on around 500 subcontractors.

“We’re looking at how we can best use that. We might out of that decide to inspect some subcontractors directly,” she added.

“I’m not saying it’s a perfect model but I’m saying we get a great deal of information that helps us to identify many of the problems in the system.”

She also lamented the “uncertainty” created by the new apprenticeship policy, and said Ofsted would need more resources to cope.

“We also know that whenever a giant tap of money turns on you get some really good people doing really good things, but you also get some cowboys, some sharks, some bottom feeders,” she told the committee.

Ms Spielman also admitted that colleges are facing “the biggest funding challenge” and “an enormous amount of work” in coping with recent reforms.

She acknowledged that FE providers were showing “deterioration” and “disappointing outcomes at inspection” at a time when most schools are stable or improving, but could not confirm this was due to funding disparities.

Lack of inspection of subcontractors has been a thorny issue for many years.