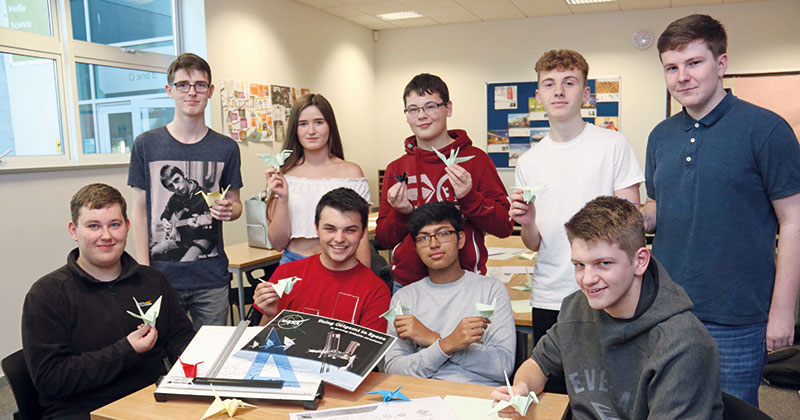 A group of engineering students have been studying origami to help them understand how compact space-saving structures are created.

The level three extended diploma students from Darlington College began by making paper birds, before looking at how the centuries-old technique can be used to make prototypes for bigger projects.

Students learned how NASA uses origami to create compact solar arrays, which are purified silicon packages that attach to satellites and unfurl when in space, converting solar energy to electrical power.

“Origami is so useful in space research because there is such limited space on rockets and origami allows large structures to be compacted for launch.

It is also invaluable in testing prototypes because paper is such a cheap material,” explained engineering tutor Rob Elliott.

“It is the ideal engineering exercise and helps students visualise in 3D what start as two-dimensional plans.”

Student Chhitij Singh, 16, added: “I used to be in an origami club, but hadn’t realised the full implications of paper folding to engineering which are amazing. I’m interested in aerospace and can certainly see how paper folding can be used in design.”