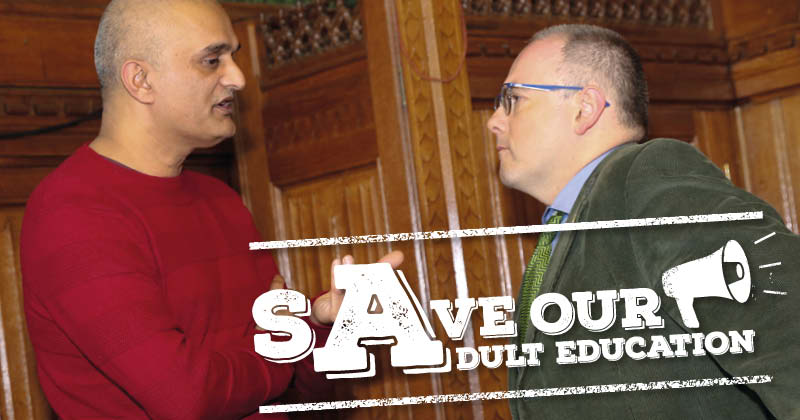 Over two thirds of learners from providers that have collapsed – leaving them with huge loan debt but no qualifications – have still not been moved onto alternative courses.

The situation has become so dire that Robert Halfon (pictured right), the new chair of the Commons education select committee, is now backing FE Week’s campaign to get the government to refund all the affected learners.

We have been demanding justice for the hundreds of adult students who’ve been left in the lurch by failed providers since January, when it emerged that the Department for Education was refusing to write off advanced learner loans held by over 200 Londoners left high and dry by the collapse of John Frank training in November.

This situation was echoed at Hampshire-based Edudo Ltd, and Darlington’s Focus Training & Development Ltd, so FE Week launched its #SaveOurAdultEducation campaign to get the debts cancelled.

However, just 112 of the 344 affected students have since been transferred to other providers.

Mr Halfon told FE Week that he was “incredibly concerned” about the figures, which were obtained through a Freedom of Information request.

It is “the duty” of the Education and Skills Funding Agency to refund learners if they cannot be found “adequate” alternative provision, he insisted – which must be close enough to home to make travel affordable and practical.

The DfE confirmed that 93 of the 112 transferred learners studied at JFT, and the other 19 were at Edudo.

Twenty more of Edudo’s 95 former learners are apparently meanwhile “in the process” of transferring, meaning 42 per cent are still unaccounted for.

How the hell am I supposed to sort myself out?

Worse yet, not one of the 37 affected students from Focus Training have been found new providers since the organisation went under last December.

In total, there are still 212 students from these defunct providers – with no end in sight for their loans misery.

Asim Shaheen is a former student of JFT who has been unable to complete a level three hospitality and catering course which was funded by a loan of over £8,000, and who became a focal point of our campaign after he travelled from Stoke to Westminster in February to confront Mr Halfon – then the skills minister.

“After I came all the way to Westminster to see the minister I’ve heard nothing,” he told FE Week. “The government sent me one letter saying it was my responsibility to go and sort out a new provider for myself and that was that.

“I’ve got no portfolio because it was with JFT, who I can’t contact, so how the hell am I supposed to sort myself out?”

He claimed the government “has no back up plan” and that learners like him have been “left in the middle of nowhere, expected to find our own way home”.

A Department for Education spokesperson said: “The student loans company made contact with all affected learners. Of the 344 learners affected, and of whom wished to continue their learning, 132 have chosen to continue with an alternative provider.”

Our FoI only focused on the three failed training providers we investigated last year, but there may well be many more learners in the same situation who simply have not yet been brought to light.

Mr Halfon said he was “keen” for the education committee to “look at the quality of both public and private training providers and the role government plays in terms of how students are treated if these institutions fail”.