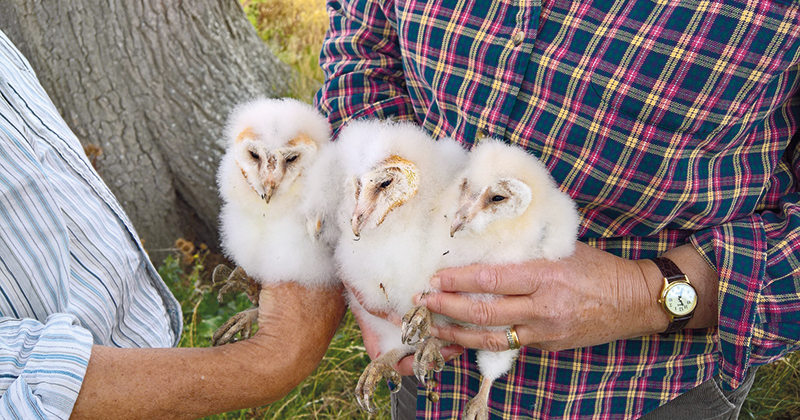 A nesting box project begun by students at Moreton Morrell College has been successful after three barn owl chicks hatched.

The project was a collaboration between level three wildlife and countryside management students and level three arboriculture students, who built a series of nesting boxes in the hopes of attracting barn owls for their farm habitat management module.

The students worked closely with the South Warwickshire Barn Owl Survey to build the boxes, and the arboriculture students used their climbing skills to install them in May.

The chicks have been given a health check by licensed barn owl handlers, and recently flew the nest.

“The students decided that they wanted to build the boxes so it’s all down to them and their hard work,” said countryside management lecturer

Heather Hopkinson. “We were delighted that they have been used by the owls so quickly – it’s a fantastic success for our students.

“This term we are planning to start building nesting boxes for kestrels, tawny owls and barn owls, so we hope they will be just as successful.”