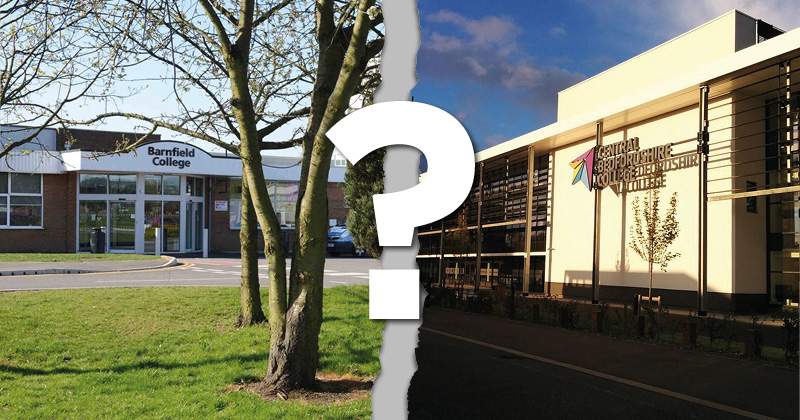 An MP is demanding urgent action from both the education secretary and the FE commissioner over fears that their local college might be forced into a “hostile takeover”.

A merger suggested in the area reviews between Barnfield College and Central Bedfordshire College seemed to have fallen by the wayside after “regrettable” comments by the latter’s chair in March.

James Crabbe’s remarks on ITV local news were seen as a power grab by his merger partners, which soon withdrew from talks.

But the merger may still be on the table –though not everyone is happy about it.

Kelvin Hopkins, the MP for Luton North, home to one of Barnfield’s campuses, has written to both Justine Greening and Richard Atkins urging them to prevent the merger from going ahead.

“Barnfield College has been making tremendous strides, and all of this could be undone if this hostile takeover were to go ahead,” he said.

At one point, the two colleges had been “seriously committed” to “exploring the potential” of joining forces, according to the report into the south-east Midlands area review, which ended in March.

The colleges had been carrying out a feasibility study into the possibility of a merger, and a final decision was to have been made by July 31.

But a statement on Barnfield’s website, dated April 23, said it had withdrawn from the study as a result of Professor Crabbe’s comments.

“We felt very strongly that he criticised Barnfield College and appeared to us to position themselves as the takeover partner,” a spokesperson for the college told FE Week.

While Barnfield does “recognise that the learners of Luton and Dunstable would be better served by one college”, she said the merger wouldn’t move on “until we see genuine moves for equal collaboration.”

Despite this, a spokesperson for the 3,500-learner Central Bedfordshire College, which was rated ‘good’ at its most recent Ofsted inspection in March last year, insisted this week that it is still “committed” to a merger and the recommendations made in the area review report.

She denied the link-up would be a “hostile takeover” as it would “only take place with the agreement of both boards of governors”.

“We are confident that both boards will act in the best interests of the communities they serve,” she said.

Barnfield College, which has 6,500 learners and was rated ‘requires improvement’ at its most recent inspection in April 2016, has had a troubled history.

It was subject to intervention by the FE commissioner, who first visited the college in January 2014 after the Skills Funding Agency assessed it as ‘inadequate’ for financial control.

Sir David Collins was back at the college less than a year later, following an ‘inadequate’-overall rating from Ofsted in that November.

But his involvement ended in September 2015, when he decided the college had “fully addressed all the areas of concern” identified in his first visit.

In their April 2016 report, Ofsted inspectors noted that the leadership team had taken “decisive action” to turn the college’s fortunes around.

Tim Eyton-Jones, Barnfield’s principal, told FE Week at the time that his ambition was for the college to be rated ‘outstanding’ within two years.

This is the 17th merger recommended by the area reviews to get into difficulty, out of a total of 52 proposed through the process.

Other college mergers to fall through recently include one between North Shropshire College and Reaseheath College, which collapsed last month amid accusations that the government was unwilling to provide the necessary funding, either through the ESFA or the Transactions Unit, which processes requests for cash from the restructuring facility.