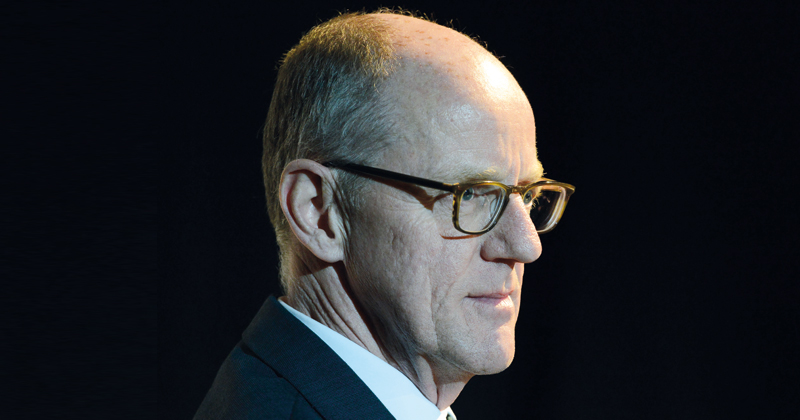 The government, apparently under the influence of the schools minster Nick Gibb, is ploughing ahead with reforms to functional skills in English that run contrary to the advice it has received.

The public consultation on reforming the English and numeracy qualifications, which are set to be introduced in September 2019, opened earlier this week, but even the people tasked with developing this content appear to disagree with the proposals.

The qualifications were developed by the Education and Training Foundation on behalf of the Department for Education, following a year-long consultation with employers, providers, practitioners and learners.

But some of those involved in that earlier consultation have told FE Week that their views – and those of other experts – have been roundly ignored, while there has been general dismay at the minister’s insistence that phonics be included.

Unusually, even the ETF has hinted that it’s not happy with what’s now being consulted on.

“We recognise that the DfE has proposed some changes and additions to the content that we submitted to them last year, which is why it is important that as many people as possible submit their views,” a spokesperson said.

This sentiment was echoed by Stephen Evans, the chief executive of the Learning and Work Institute, which was contracted by the ETF in partnership with Pye Tait Consulting to work on the reforms.

He told FE Week that functional skills would only be successful “if practitioners, providers, and learners are listened to”.

“We hope as many people as possible will respond to this consultation and that the government will listen,” he said. “A high-quality functional skills route needs flexibility and to be built around the needs of learners and how best to meet them.”

The addition of phonics – a method of teaching reading that involves sounding out words – into the proposed English content is almost certainly the work of the DfE.

Mr Gibb has long been a passionate advocate of the approach, but not everyone agrees with him.

Jill Stokoe, an education policy adviser with the National Education Union, was part of the ETF’s functional skills expert advisory group, and told FE Week that it was “absurd and bewildering that a phonics curriculum is proposed”.

Many people taking functional skills have additional needs or learning disabilities, and she believes phonics is “not often an appropriate pedagogical approach” for them.

“Ministerial obsession with phonics must not infect post-16 provision in the same way it has primary schools,” she said. “One size does not fit all.”

The DfE’s current recommendations are “worryingly at odds” with the conclusions reached by Ofqual in a review it carried out in 2015.

That review, the first since functional skills were introduced in 2010, was “clear that the qualifications were not fundamentally flawed”, she pointed out.

“Although the functional skills qualifications weren’t broken before, if these proposals are accepted in their current form, they certainly will be,” she warned.

Mike Ellicock, the chief executive of National Numeracy, a charity that works to improve adult and child numeracy, also took part in the ETF consultation.

He told FE Week that he was unhappy with both the proposed subject content and the way it had been developed.

“After a muddled, opaque process and then a long delay, it would appear that the focus on functionality has been lost and we now have an atomised tick-list of skills,” which he warned could risk “functional skills maths being the least functional of any maths curricula”.