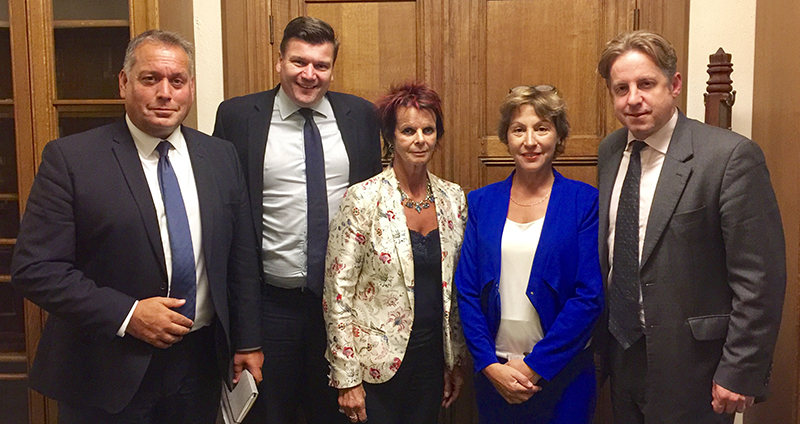 Somerset MPs held an emergency meeting on Wednesday with the skills minister to reverse the massive £3.3 million funding cut imposed on a 10,000-learner community-based provider.

And in a move that will be watched closely by other training providers facing cuts, the MPs have been promised a return meeting on Monday which, with other interested parties, will include representatives from the funding agency.

The adult community learning provider, which is rated ‘good’ by Ofsted and has around 200 staff, won a new AEB contract during the ESFA’s recent tender, but was awarded a mere £111,000 – a shadow of the £3.4 million it was allocated last year.

Courses have now been put on hold at the provider, which has run in various forms for over 100 years, as it faces a catastrophic reduction in provision at 10 centres across the county.

Ms Milton said that due to the “urgency” of the situation, the MPs will meet her and Department for Education representatives on Monday, “to see what steps can be taken to safeguard the needs of local people”.

Even while SS&L saw its funding slashed, the nation’s biggest FE provider, Learndirect, has been handed an AEB contract worth £45 million – even though it recently received Ofsted’s worst possible grade – something that usually prompts the DfE to terminate a provider’s funding.

It’s imperative that the government immediately reviews this drastic reduction

The DfE finally admitted this week that Learndirect had at first applied for funds during the recent AEB tender, but later withdrew its bid.

As a result, it has been given 75 per cent of the value of its previous contract, after the ESFA changed tender rules at the eleventh hour.

Originally funded through Somerset county council, in 2015 SS&L was encouraged by the government to transition to a private provider. Had SS&L stayed part of the council, it would not have been forced to take part in this bidding round, as local authorities are outside the public procurement regulations.

“Literally hundreds of thousands of people have gained essential skills and qualifications through SS&L, benefiting from the huge range of educational opportunities they offer,” said Mr Warburton, the MP for Somerton and Frome.

“It’s imperative that the government immediately reviews this drastic reduction. My Somerset MP colleagues and I have been in touch directly with Susie Simon-Norris, SS&L’s chief executive, and Councillor David Fothergill, leader of Somerset County Council,” he continued.

“We have written to the ESFA to express our outrage at this hugely damaging withdrawal of funding, which will have catastrophic consequences for both the people of Somerset and our local economy.”

Yeovil MP Mr Fysh added: “The apparent short notice of the funding change is also causing problems for people signed up for courses, so our thanks go to the minister for such a prompt response.”

Ms Pow, MP for Taunton Deane, said it was “vital” that the group finds a “solution to support the services provided by SS&L”, adding: “My colleagues and I have been making the strongest possible case to the minister”.

Wells MP Mr Heappey added: “To lose the services of SS&L would be a huge blow to our plans for Somerset’s economy. I’m glad the minister has engaged so promptly and hope this can be resolved as quickly as possible.”

At an initial meeting on Wednesday, the MPs impress upon Ms Milton the “vital significance” of SS&L.

The next meeting is scheduled for Monday, and will be attended by Ms Milton, the four MPs, and representatives of SS&L, Somerset county council and the DfE.

Ian Liddell-Grainger, the MP for Bridgwater and West Somerset, was the only Somerset MP not to participate in Wednesday’s meeting.

Mr Liddell-Grainger told FE Week that despite being in Parliament at the time he had not been invited to the meeting, an oversight from his colleagues, which he described several times as “utter incompetence”.

He went on to say that the way SS&L was being treated was “blatantly unfair, wrong and the DfE need to come up with the money”.

“I’ve know Anne Milton for years. She is practical and will want to find solutions. I will also be writing to her,” he added.