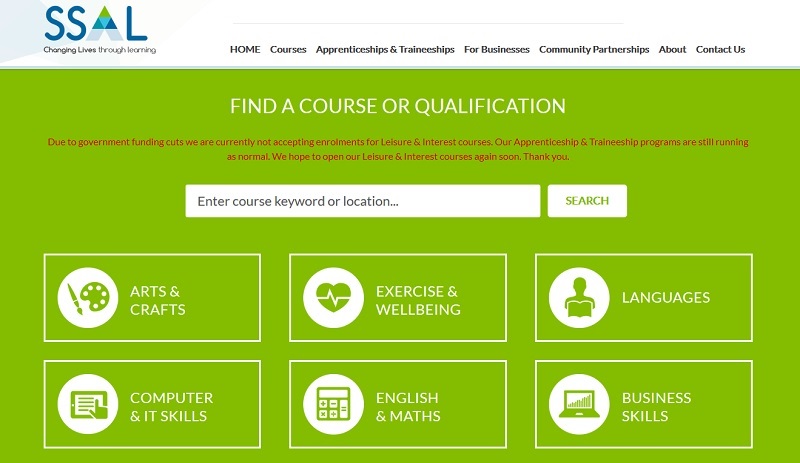 A large adult community learning provider in Somerset has found itself at the sharp end of the adult education budget chaos, after its funding was slashed to just three per cent of its previous level.

Somerset Skills & Learning, which teaches around 10,000 students and has around 200 staff, won a new AEB contract in the Education and Skills Funding Agency’s recent tender, but was awarded just £111,000 – a shadow of the £3.4 million it had last year.

It applied for the same amount this year but despite scoring highly – 525 out of 600 – in the ESFA’s evaluation, it now faces a catastrophic reduction in its provision.

Meanwhile providers that did not even apply in the tender or were unsuccessful have been handed contracts for 2017/18 worth 75 per cent of their previous allocation.

Among them is the nation’s biggest FE provider, Learndirect, which the DfE today admitted had at first applied for funds, but which later withdrew its tender.

Learndirect had a contract worth £60 million last year, and will receive roughly £45 million to recruit and train adult learners until July 2018, even though it was recently slapped with an ‘inadequate’ rating from Ofsted – a situation which usually prompts the DfE to terminate a provider’s funding.

Kathryn Baker, a director at SS&L, which is currently rated ‘good’ by Ofsted, told FE Week that Somerset will lose a huge amount of community learning and that if the result is not overturned there will be “significant” repercussions.

“It will mean a loss of funding to our learning partners, who are out in the community delivering fantastic skills and education programs for a wide range of marginalised or minority groups and this will have a hugely detrimental effect on those organisations and their groups,” she said.

This is an outrageous result for Somerset

With 10 centres across the county, SS&L became an independent provider in 2015 after it split from Somerset County Council, and it has been running in various forms for more than 100 years.

“We are still deciphering what these cuts mean for our business as a whole and are embarking on a lobbying campaign with local MPs and councils in the hope we can overturn the funding decision,” she continued.

“The impact, if we can’t, will of course be significant, but we are currently focused on fighting for Somerset’s community and adult education provision and to keep our organisation in business.”

The provider’s chief executive Susie Simon-Norris has written letters to Somerset residents who recently signed up for courses, telling them their courses have been postponed by the funding loss.

“We learnt very recently, and totally unexpectedly, that a huge amount of this funding was withdrawn, virtually overnight, with no warning,” she wrote.

“We are having formal communication with the ESFA shortly and hope that their funding decision will be overturned. However, we cannot either confirm nor guarantee this will be the case at this time.”

“We were encouraged by the government to leave Somerset county council to become a community interest company and now it seems we’re being penalised for that decision,” she said.

Had SS&L remained part of Somerset county council they would not have been forced to tender, and would not have had their funding allocation reduced.

SS&L is not the only provider which has been hit hard by the AEB tender outcome.

Since results were first announced on August 4 many providers have been rejected despite high scores, and now fear for their futures.

The AEB tender for private providers has itself been dogged with delays. Results were supposed to be first released on May 19 after it was first launched on January 27. It originally came to just £110 million for 2017/18.

We first reported the adult education budget ‘farce’ on 1 September. It’s important to stress that Somerset Learning & Skills surprise and shock at receiving a 97% budget cut (left with just £111k) is genuine and could not have been predicted. It has nothing to do with the overall national adult education budget, which far from facing cuts is protected by the Treasury at £1.5bn per year until 2020.

This is about the ending of recurrent contracts and surprise tendering window (Jan – Feb) announced in October 2016.

Had the Ofsted grade 2 Somerset Learning & Skills learning provider stayed part of the council they would not have been forced into this bidding round. They would continue to be funded as grant-in-aid colleges and local authorities that are considered to be outside the Public Procurement Regulations. Like colleges and local authorities they would have been given no budget cut at all (so kept £3.4m budget for 2017/18), and they would not have been discriminated against in the tender ‘priorities’ for being in Somerset, an large area of relatively low deprivation in the Index of Multiple Deprivation.

To add to this injustice, a grade 4 national private provider (Learndirect) that withdrew their own adult education budget tender application has been given £45m as the government has said (on the record) that they are too big to fail. According to their own rules the government should have given them less than £1m for failing to apply, but after the tender they changed their own rules and gave them a 25% reduction, taking it from £60m in 2016/17 to £45m in 2017/18, despite not tendering. This is not only unfair, it made the remaining pot much much smaller for local community providers.

To add insult to injury, had Somerset Learning & Skills known the agency would change their tender rules and only reduce allocations by 25% for those that did not participate, they could have ignored the bidding round and instead of receiving £111k, they would have been awarded £2.55m (75% of £3.4m).

There are some news stories we really could not make up.