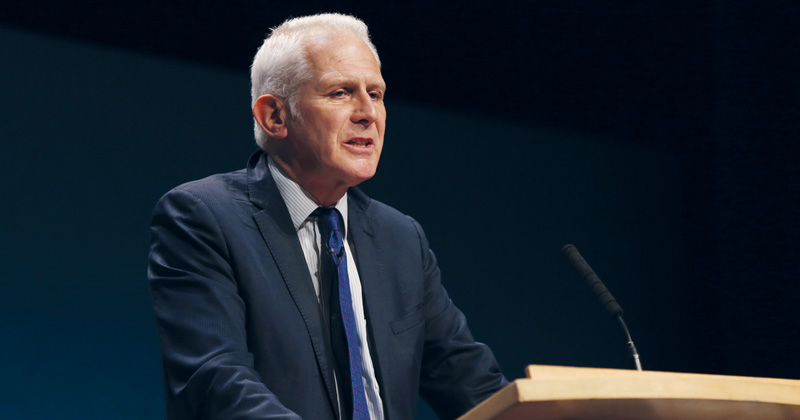 Labour’s shadow skills minister has demanded official answers on whether Learndirect is getting special treatment from the government after Ofsted hit it with its worst possible rating.

Gordon Marsden has tabled a series of probing parliamentary questions for the education secretary over the size of the adult education budget allocation the nation’s largest training provider has received – following reporting by FE Week.

The Department for Education recently admitted that instead of terminating Learndirect’s AEB contract, as is normal practice after an Ofsted grade four, it would fund the provider to recruit additional learners until July 2018.

The decision has caused consternation across the FE sector, and more than a few bigwigs are asking whether Learndirect, which has more than 20,000 learners, is being treated with kid gloves.

The DfE told FE Week that Learndirect did not apply for AEB funding in last month’s tendering round, but based on current rules, its allocation should fall from the £60 million it received in the last academic year to just over half a million in the nine months between November 2017 and July 2018.

But we understand that the Education and Skills Funding Agency has been reviewing its policy for providers that had either been unsuccessful or not tendered.

This review might see such providers receive a minimum allocation of 75 per cent of their 2016/17 sum – which would mean Learndirect takes in around £34 million for its next nine months of operation.

A spokesperson for the DfE last week refused to reveal the true sum Learndirect will be allocated from the AEB up to July 2018, and claimed the provider itself wasn’t yet aware how much it would receive.

They claimed the information was “commercially sensitive information”, though they then contradicted themselves when they conceded it would be “published at certain points in the year”.

He wants her to explain how much AEB funding Learndirect requested for 2017/18, how much was allocated between August 1 and October 31 of this year, and how much it will receive between this coming November and next July.

An irate Mr Marsden has also demanded to know why Learndirect has been permitted to recruit additional adult education learners in the wake of its ‘inadequate’ grade from Ofsted.

“We’ve put down these questions because the situation at Learndirect that was uncovered through the court proceedings and the work of FE Week is an extremely serious one which government ministers have been silent on,” he said.

“For the confidence of the sector and clarity for all those people who have been affected, we need answers now.”

It remains unclear why Learndirect failed to tender, but the ESFA did say that it “reserves the right not to award a contract to any applicant awarded grade four for overall effectiveness, after an inspection by Ofsted”.

Every private training provider has been given a three-month extension to its 2016/17 AEB contract until October 2017, after the tender evaluation process was rocked by a series of delays.

The results of the process were announced on August 4, but had originally been promised on May 19, while the sector was plunged into chaos after many providers with high scores failed to secure any funding at all.

Learndirect’s £60 million allocation in 2016/17 was 10 times larger than that of the second largest private training provider.